NOTE: There is an improved version of the Rumination Self-Monitoring Record worksheet available here. 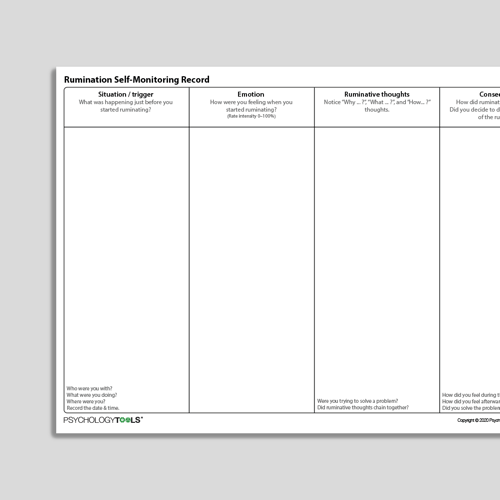 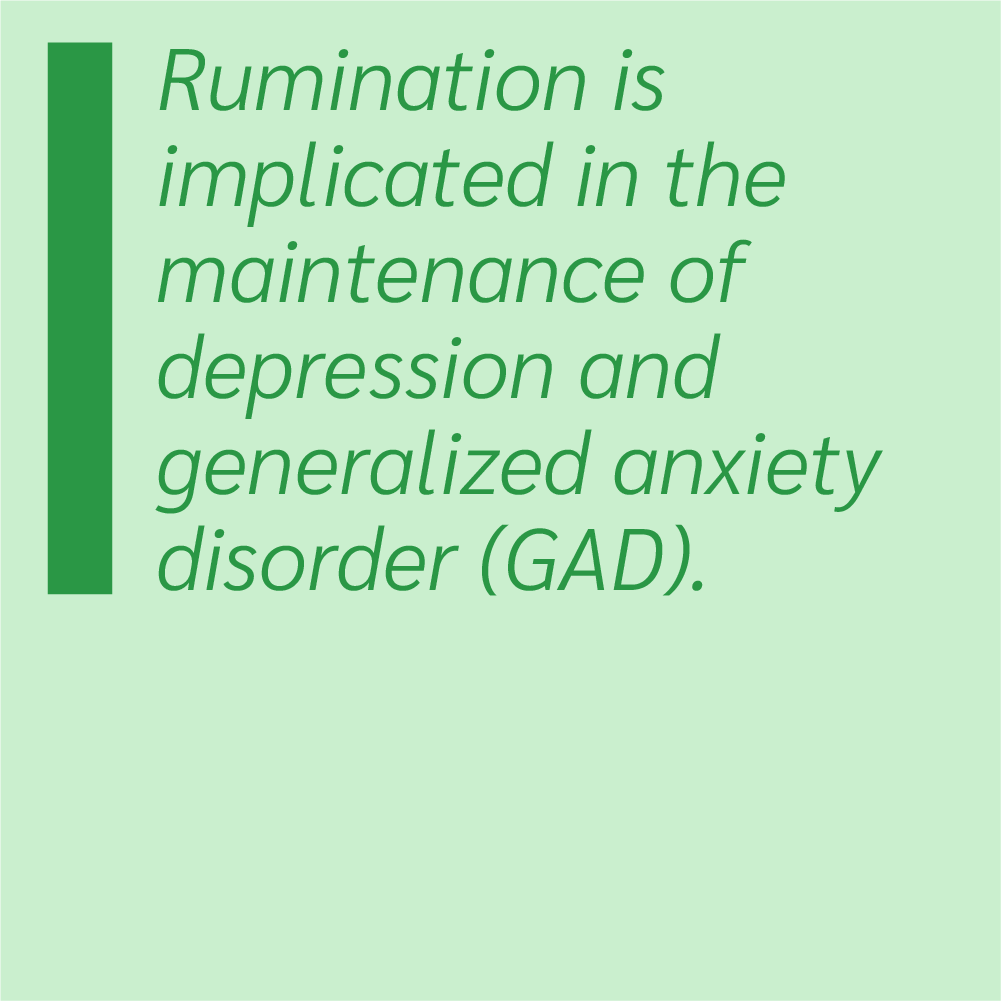 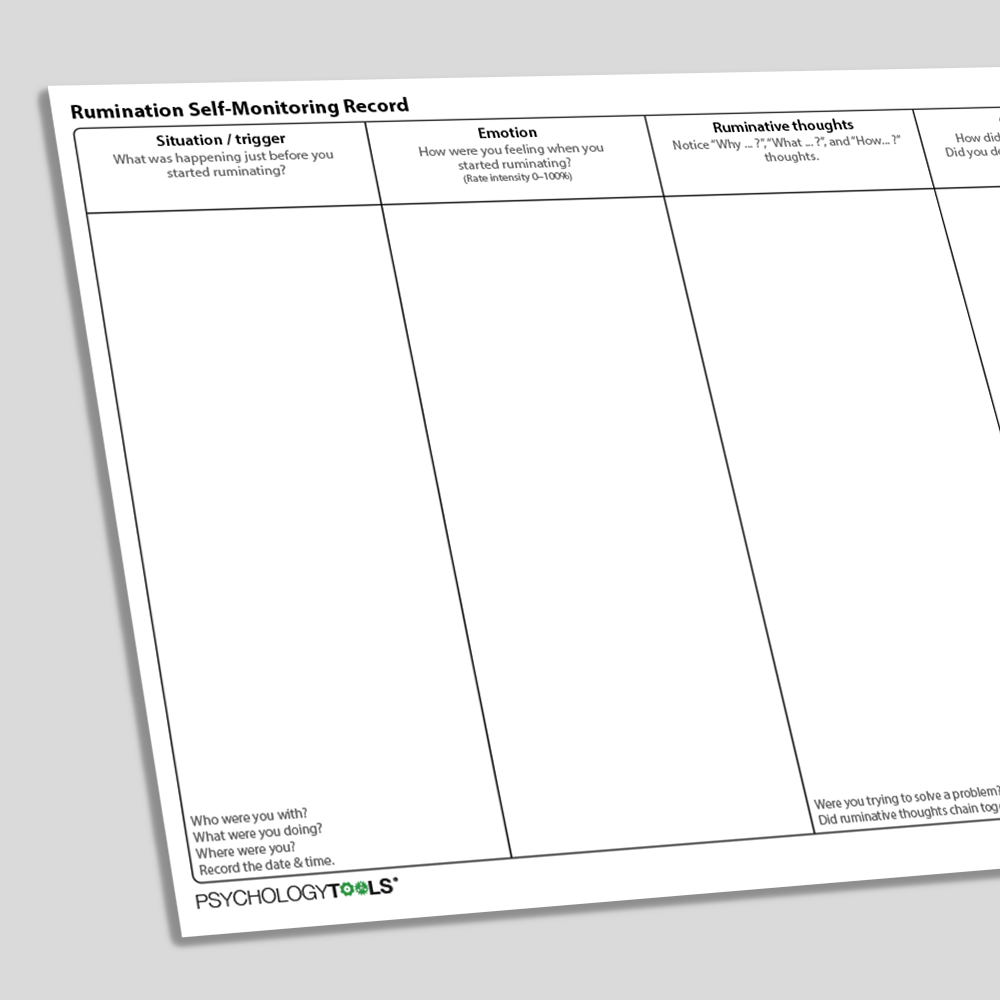 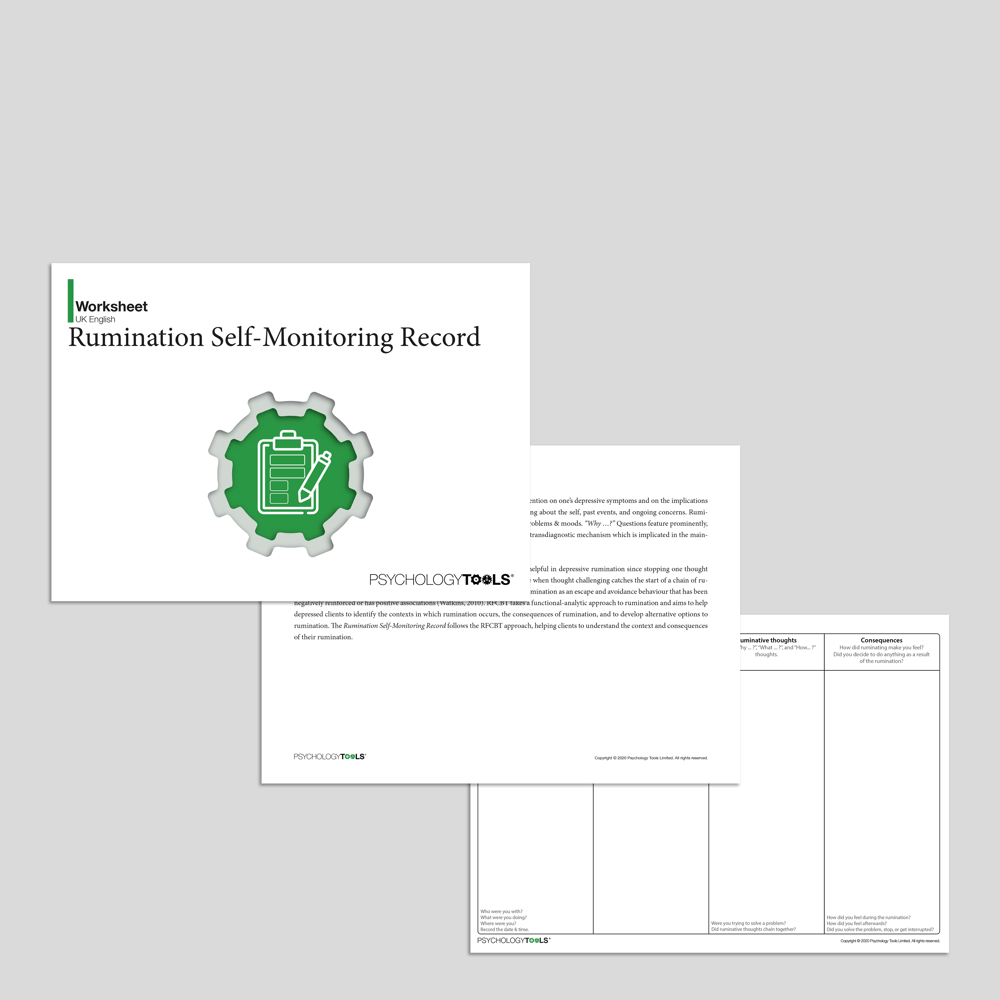 Depressive rumination is defined as “behaviour and thoughts that focus one’s attention on one’s depressive symptoms and on the implications of these systems” (Nolen-Hoeksema, 1991). It typically involves repeated thinking about the self, past events, and ongoing concerns. Ruminative thinking often analyses the causes and consequences of negative events, problems & moods. “Why …?” Questions feature prominently, and thoughts often chain together leading to spiralling feelings. Rumination is a transdiagnostic mechanism which is implicated in the maintenance of depression and generalised anxiety disorder (GAD).

Some authors have argued that traditional CBT thought challenging can be unhelpful in depressive rumination since stopping one thought does not necessarily stop the flow of ruminative thoughts, one exception may be when thought challenging catches the start of a chain of rumination (Watkins, 2010). Rumination-focused CBT (RFCBT) conceptualizes rumination as an escape and avoidance behaviour that has been negatively reinforced or has positive associations (Watkins, 2010). RFCBT takes a functional-analytic approach to rumination and aims to help depressed clients to identify the contexts in which rumination occurs, the consequences of rumination, and to develop alternative options to rumination. The Rumination Self-Monitoring Record follows the RFCBT approach, helping clients to understand the context and consequences of their rumination.