Skip to main content
> Resources > What Are Safety Behaviors?

What Are Safety Behaviors? 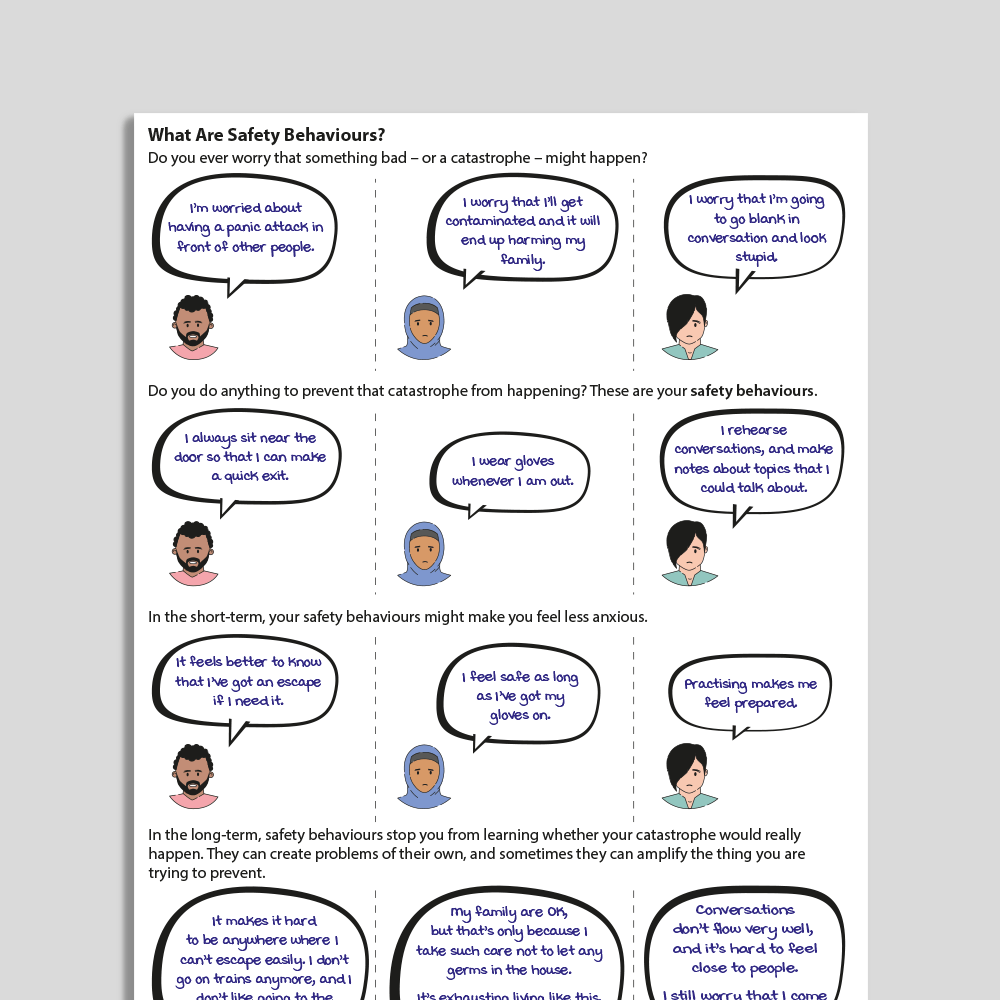 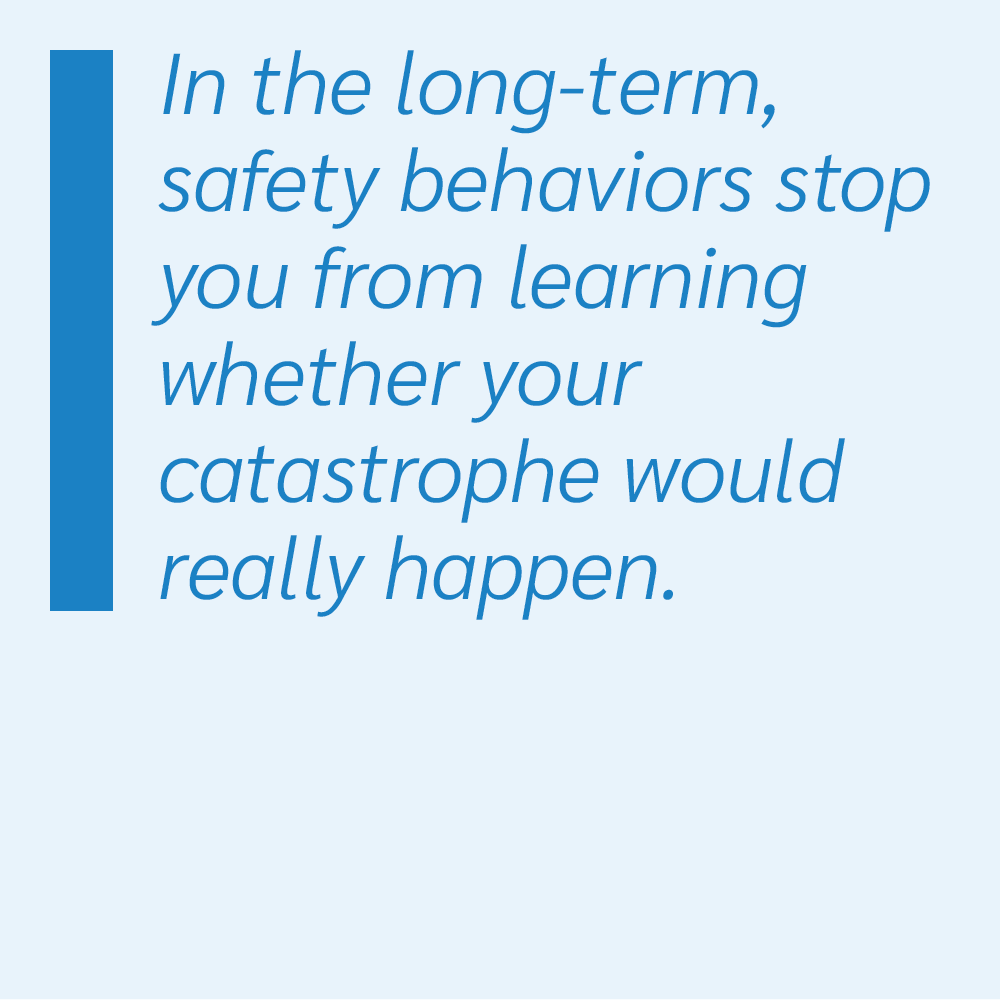 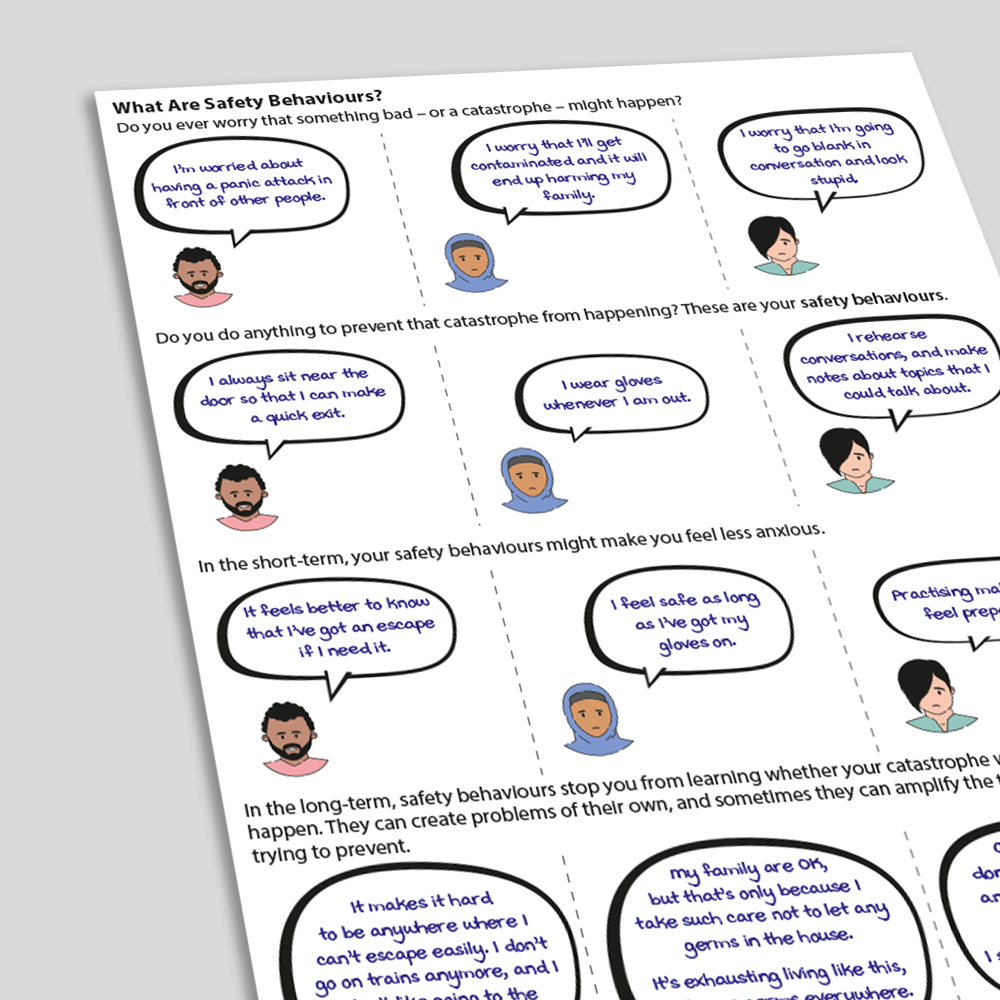 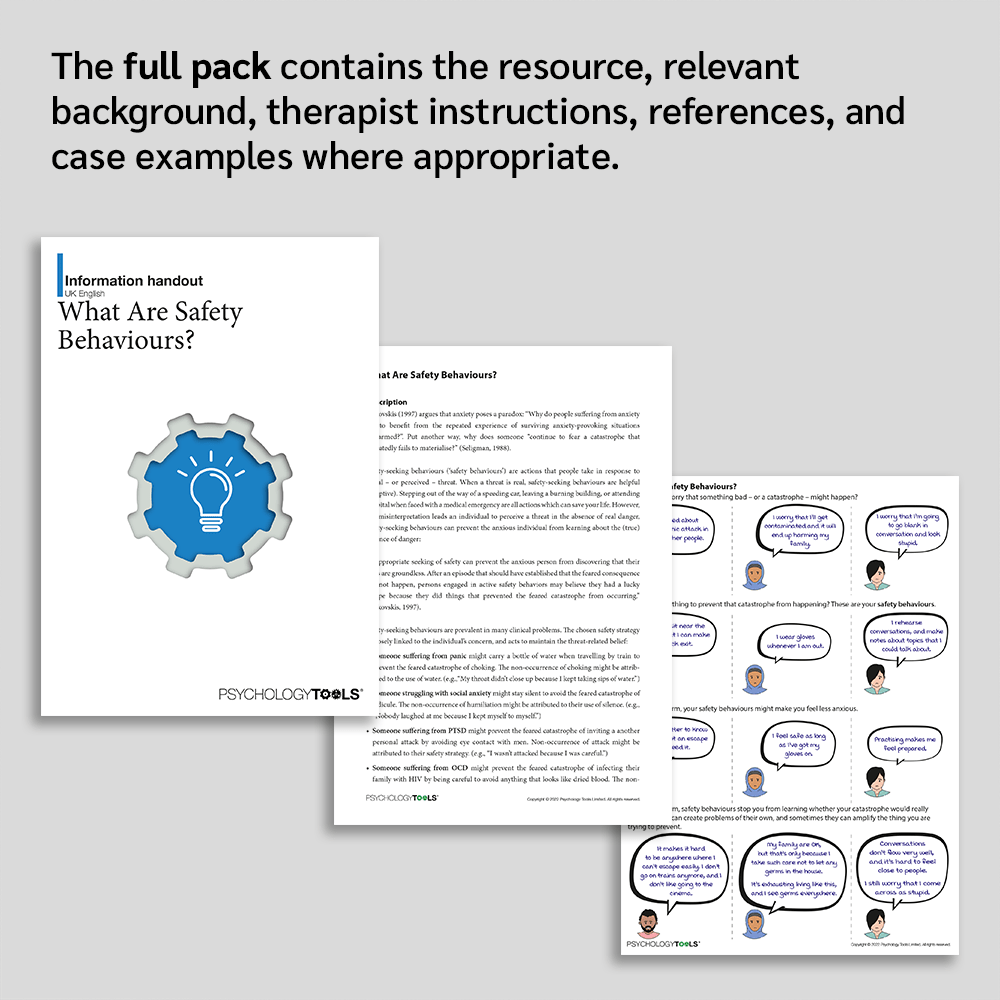 Salkovskis (1997) argues that anxiety poses a paradox: “Why do people suffering from anxiety fail to benefit from the repeated experience of surviving anxiety-provoking situations unharmed?”. Put another way, why does someone “continue to fear a catastrophe that repeatedly fails to materialise?” (Seligman, 1988).

“Inappropriate seeking of safety can prevent the anxious person from discovering that their fears are groundless. After an episode that should have established that the feared consequence did not happen, persons engaged in active safety behaviors may believe they had a lucky escape because they did things that prevented the feared catastrophe from occurring.” (Salkovskis, 1997).

Safety-seeking behaviors are prevalent in many clinical problems. The chosen safety strategy is closely linked to the individual’s concern, and acts to maintain the threat-related belief:

Understanding safety-seeking behaviors has important treatment implications. Rather than relying on exposure (which can be made less effective by the use of safety behaviors) to provide disconfirmation of a threat, behavioral experiments can be designed to provide experiences which directly disconfirm threat beliefs. For example, someone who panics that they would choke on the train can be encouraged to take a train journey without their bottle of water, in order to find out whether their throat will close up. A person fearing ridicule in a lecture can be encouraged to ask a question, to test whether it will happen. Similarly, a person with PTSD can be encouraged to make eye contact when speaking to a stranger, to test whether it provokes an attack.

“When people are anxious about something bad occurring, they often do things to prevent that bad thing from happening. Do you do anything like that? Psychologists have a name for these actions you take – they are called ‘safety-seeking behaviors’ or ‘safety behaviors’. What do you make of the things that these anxious people are doing?”