Enhanced ‘reliving’ in trauma-focused CBT for PTSD involves addressing the meaning associated with ‘hot spots’ of traumatic memory. This Hotspot Record is formatted to encourage reflection on “what I thought then” and “what I know now”. 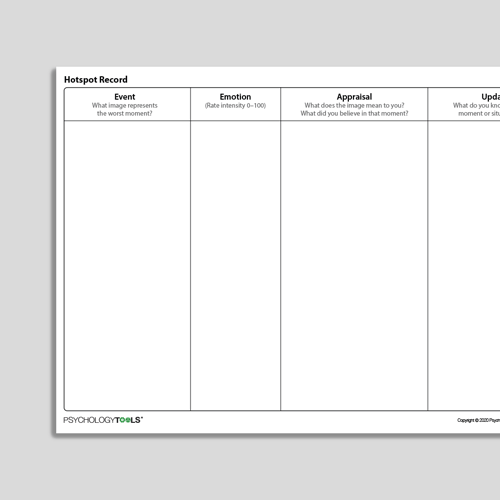 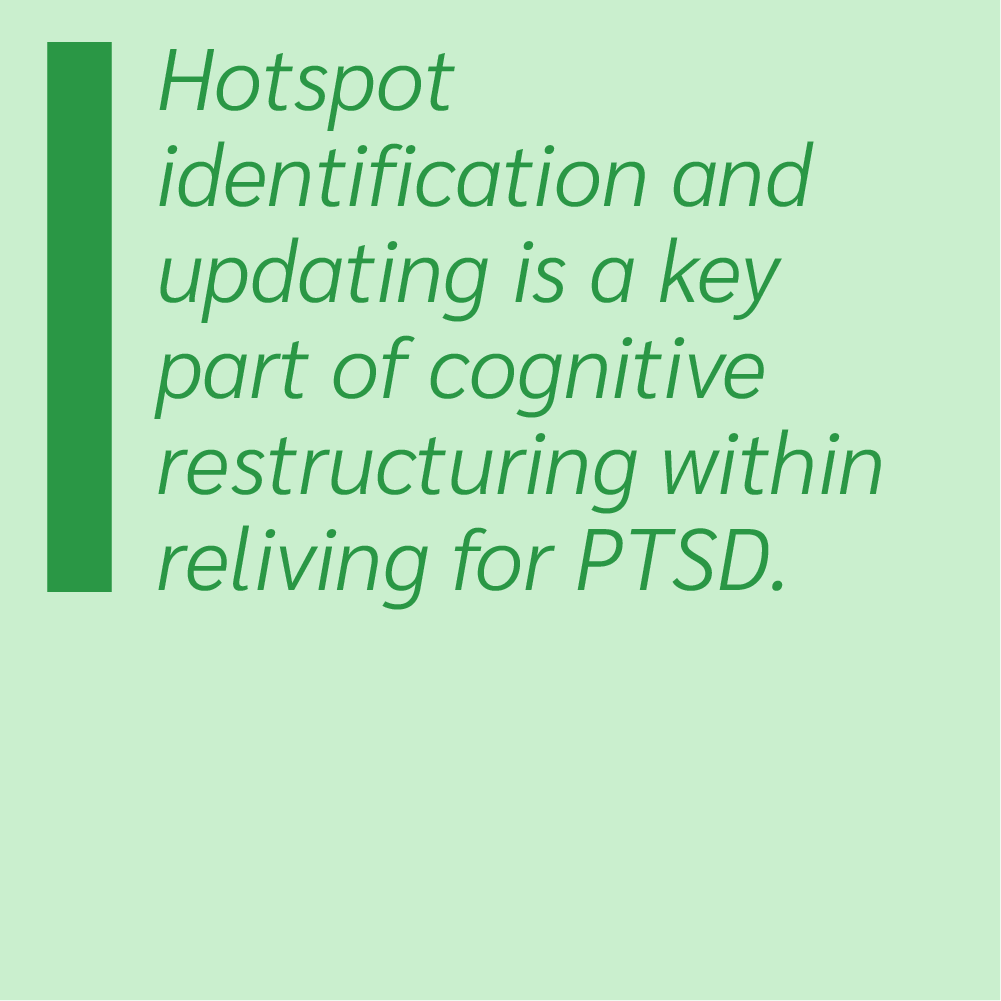 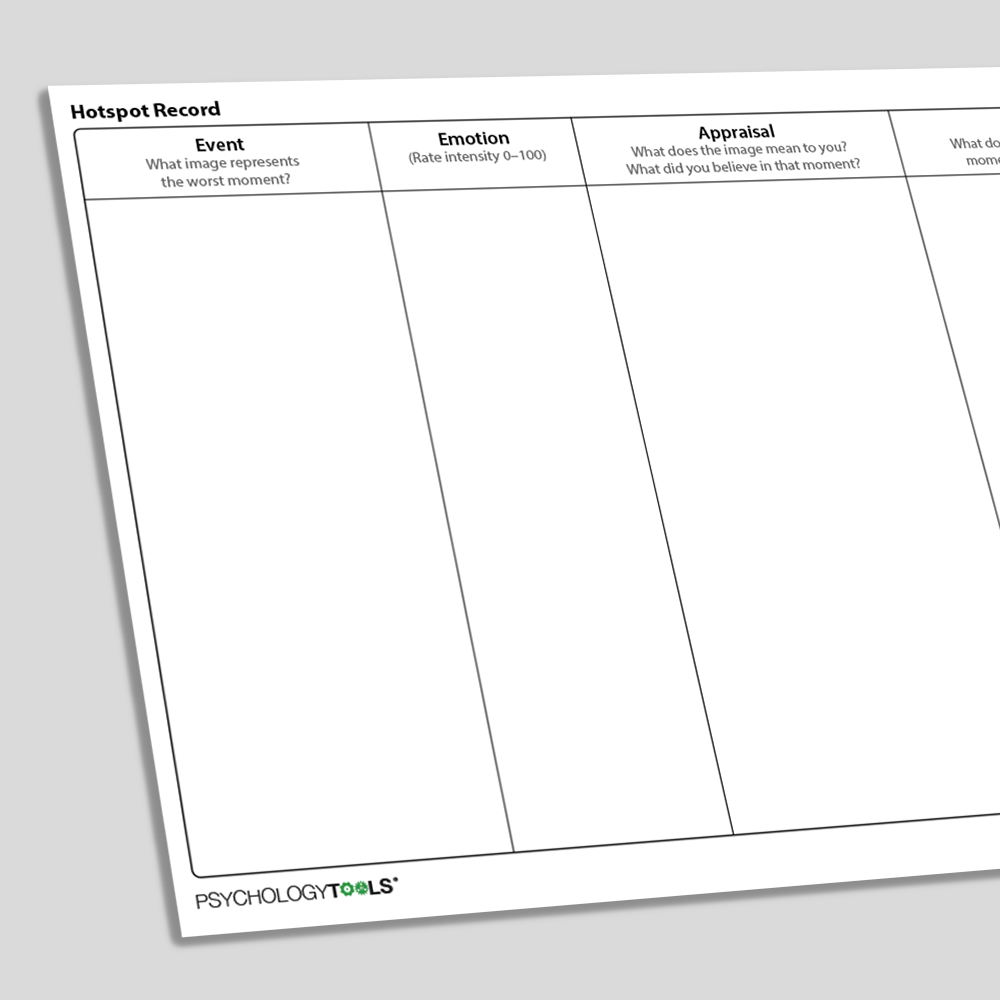 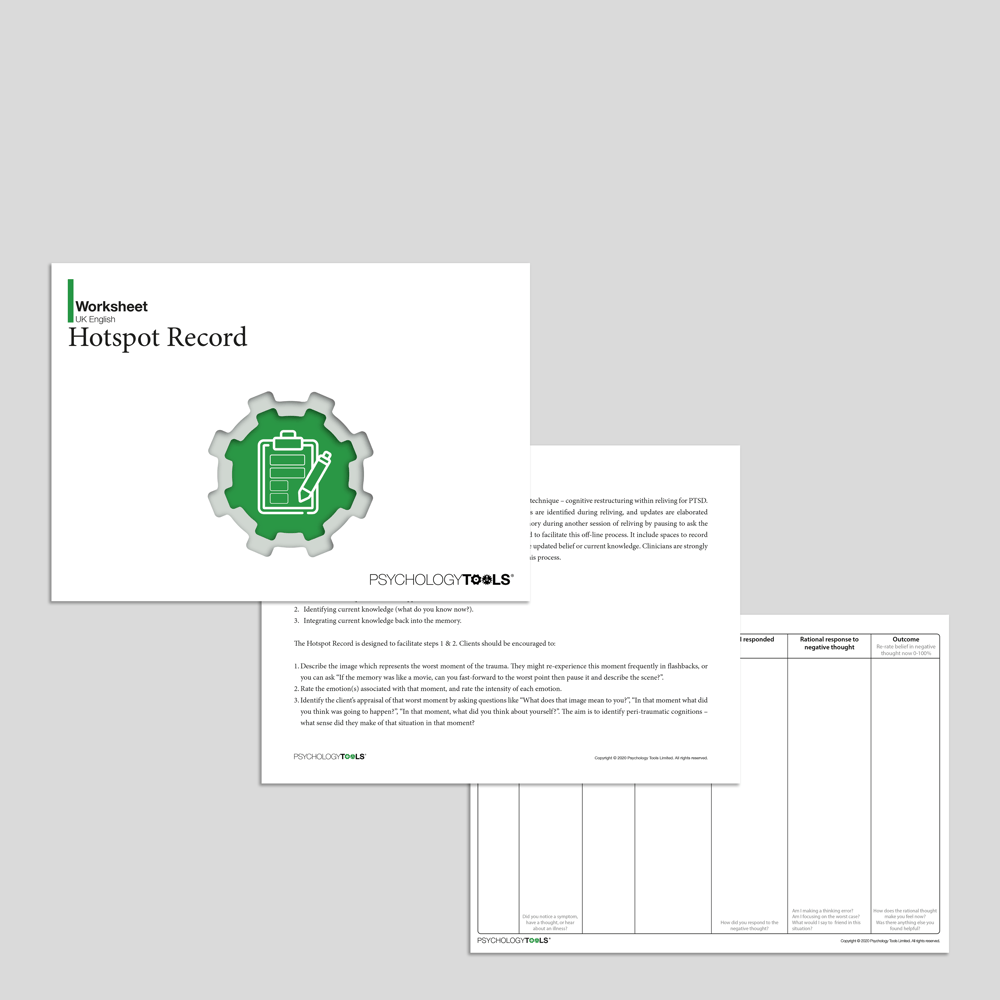 Hotspot identification and updating is core component of the ‘enhanced reliving’ technique – cognitive restructuring within reliving for PTSD. In a typical course of therapy including enhanced reliving traumatic appriasals are identified during reliving, and updates are elaborated off-line (outside of reliving). Updated beliefs can then be inserted into the memory during another session of reliving by pausing to ask the critical question “and what do you know now?”. This Hotspot Record is formatted to facilitate this off-line process. It include spaces to record the event/hotspot, associated emotion, appraisal or belief in that moment, and the updated belief or current knowledge. Clinicians are strongly urged to read the paper by Grey, Young & Holmes (2002) which clearly details this process.

Enhanced reliving consists of a number of steps:

The Hotspot Record is designed to facilitate steps 1 & 2. Clients should be encouraged to:

Techniques for integrating updates into trauma memories are described in Grey, Young & Holmes (2002).