When people struggle to control the focus of their attention, they find it much harder to interrupt cycles of worry, rumination, and other forms of self-focused attention. This can contribute to problems such as social anxiety. The Attention Training Practice Record helps clients learn to direct their attention, using a series of listening exercises. 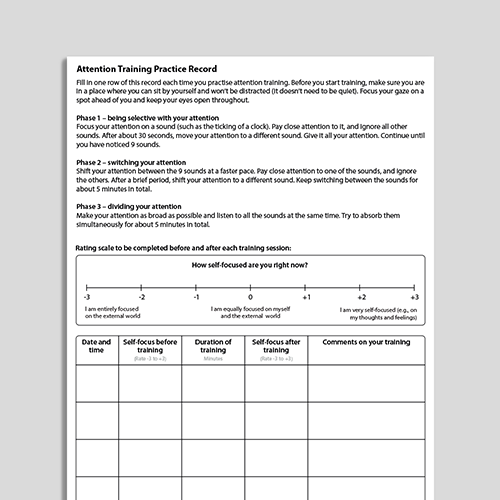 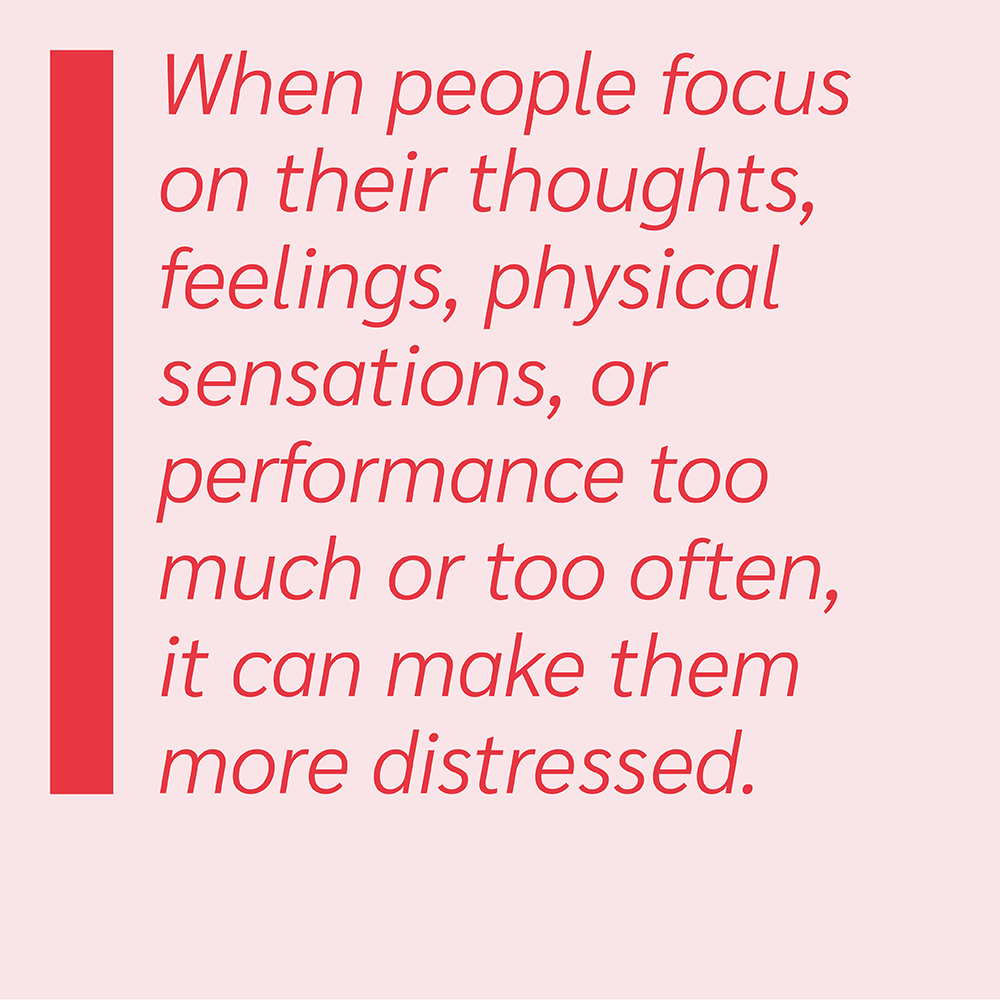 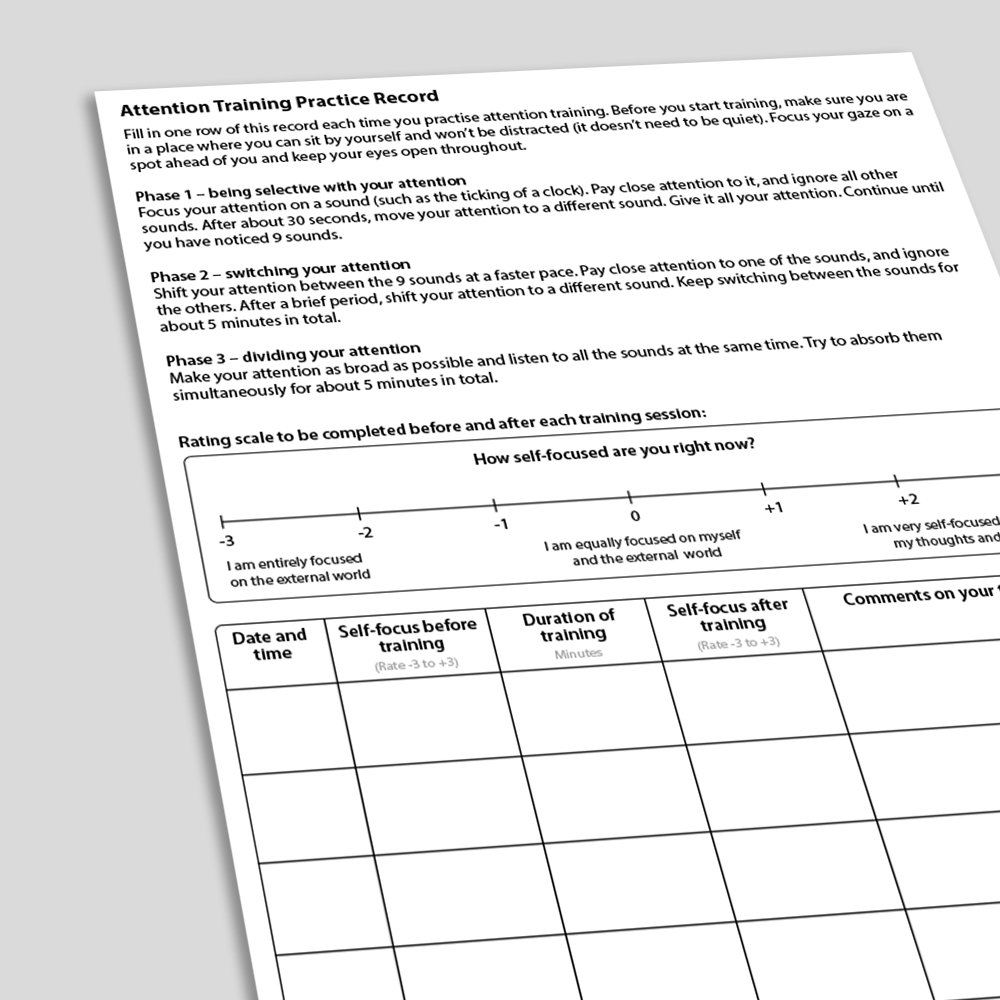 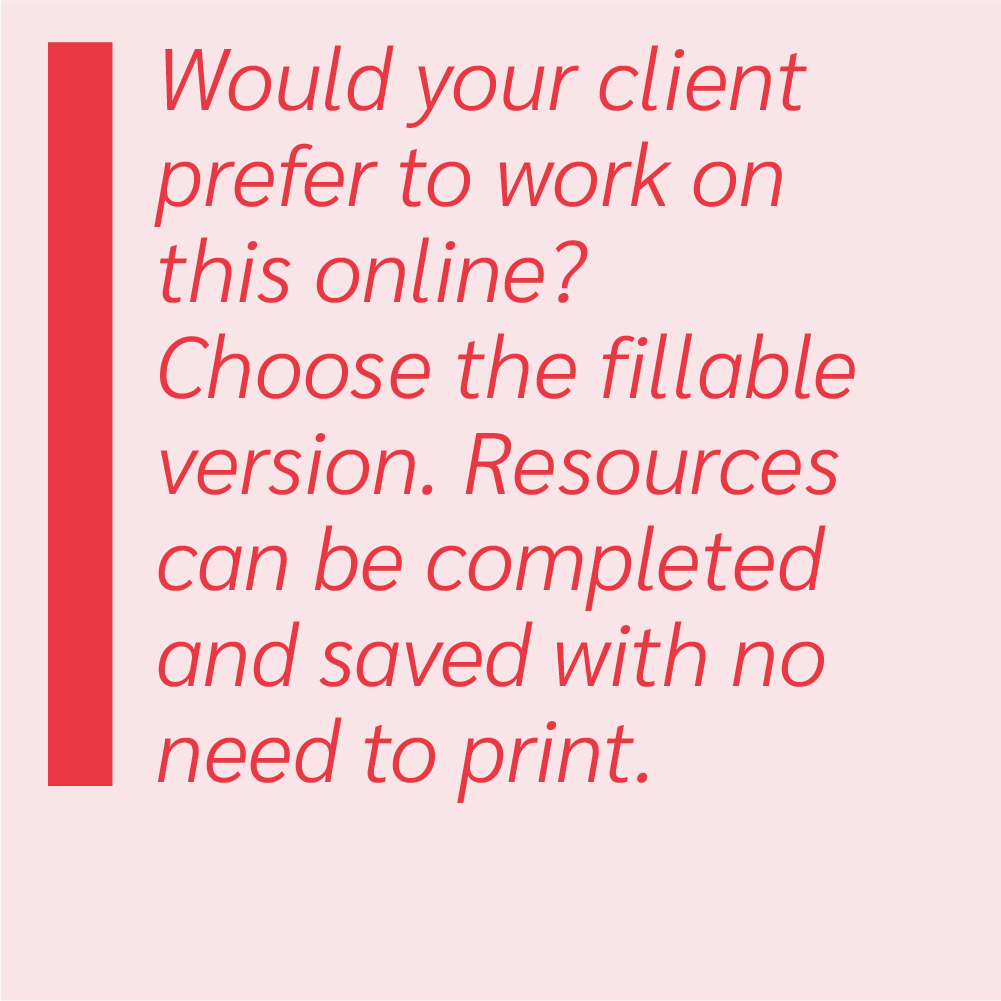 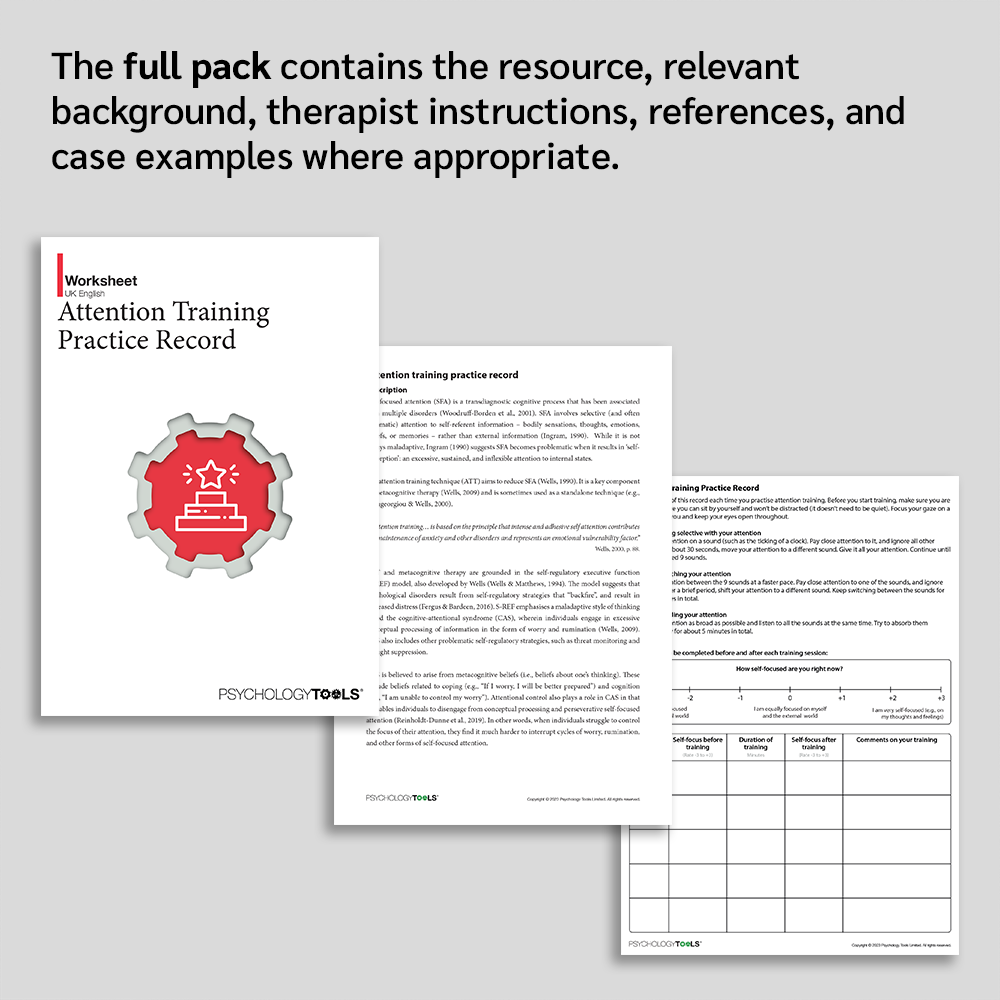 Self-focused attention (SFA) is a transdiagnostic cognitive process that has been associated with multiple disorders (Woodruff-Borden et al., 2001). SFA involves selective (and often automatic) attention to self-referent information – bodily sensations, thoughts, emotions, beliefs, or memories – rather than external information (Ingram, 1990). While it is not always maladaptive, Ingram (1990) suggests SFA becomes problematic when it results in ‘self-absorption’: an excessive, sustained, and inflexible attention to internal states.

The attention training technique (ATT) aims to reduce SFA (Wells, 1990). It is a key component of metacognitive therapy (Wells, 2009) and is sometimes used as a standalone technique (e.g., Papageorgiou & Wells, 2000).

“Attention training… is based on the principle that intense and adhesive self attention contributes to maintenance of anxiety and other disorders and represents an emotional vulnerability factor.” (Wells, 2000).

CAS is believed to arise from metacognitive beliefs (i.e., beliefs about one’s thinking). These include beliefs related to coping (e.g., “If I worry, I will be better prepared”) and cognition (e.g., “I am unable to control my worry”). Attentional control also plays a role in CAS in that it enables individuals to disengage from conceptual processing and perseverative self-focused attention (Reinholdt-Dunne et al., 2019). In other words, when individuals struggle to control the focus of their attention, they find it much harder to interrupt cycles of worry, rumination, and other forms of self-focused attention.

Research indicates that ATT is effective. In a recent systematic review, Knowles and colleagues (2016) conclude that ATT is an effective intervention for anxiety and depression, as well as some symptoms of psychosis. Wells (2000) has presented a recommended sequence for facilitating ATT:

“When people focus on their thoughts, feelings, physical sensations, or performance too much or too often, it can make them more distressed. Do you ever become very self-focused or self-conscious, or notice your attention gets ‘stuck’ on upsetting internal experiences? One way to address this is attention training, which aims to give you more choice and control over what you pay attention to. You could think of it as strengthening your attention ‘muscles’, but like any kind of training, it requires practice. Do you think training your attention could be helpful? This form will guide us through the process. You can also use it to record training you do on your own”.