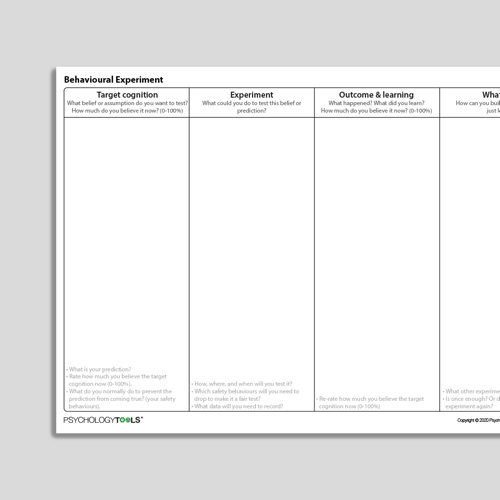 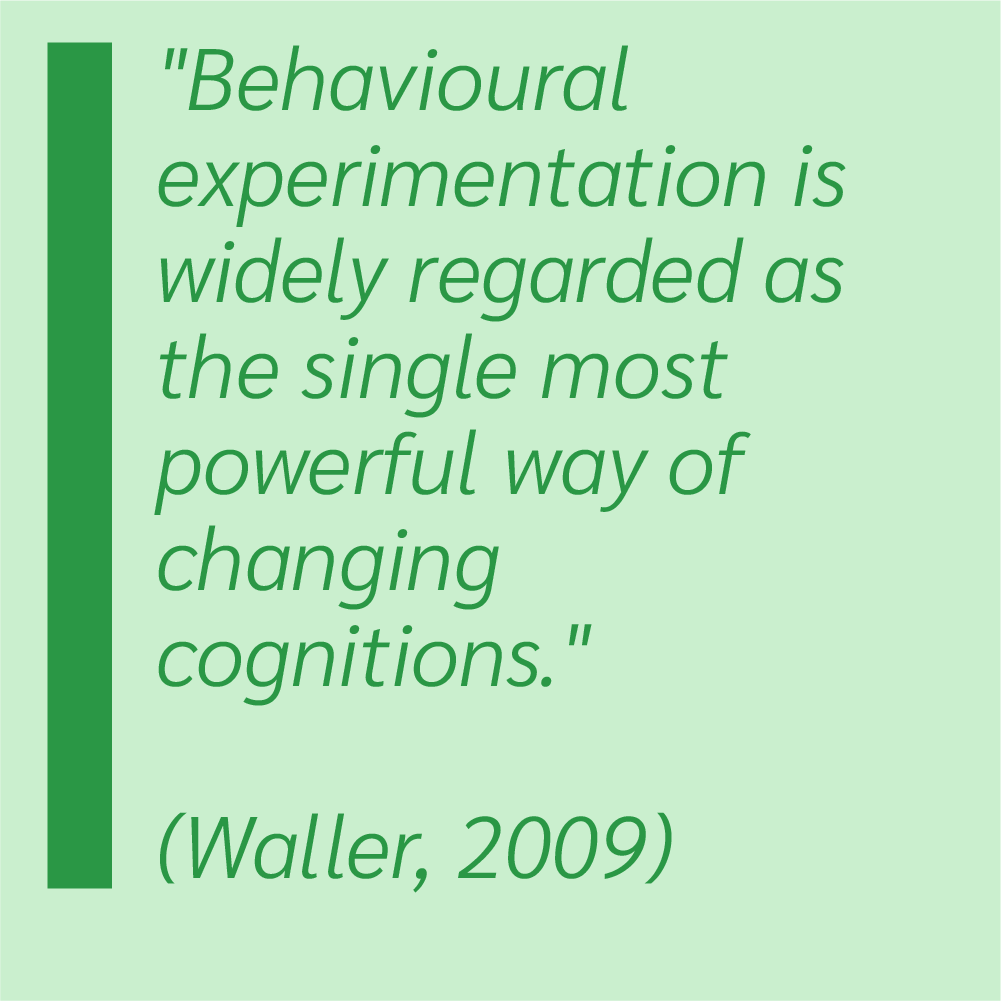 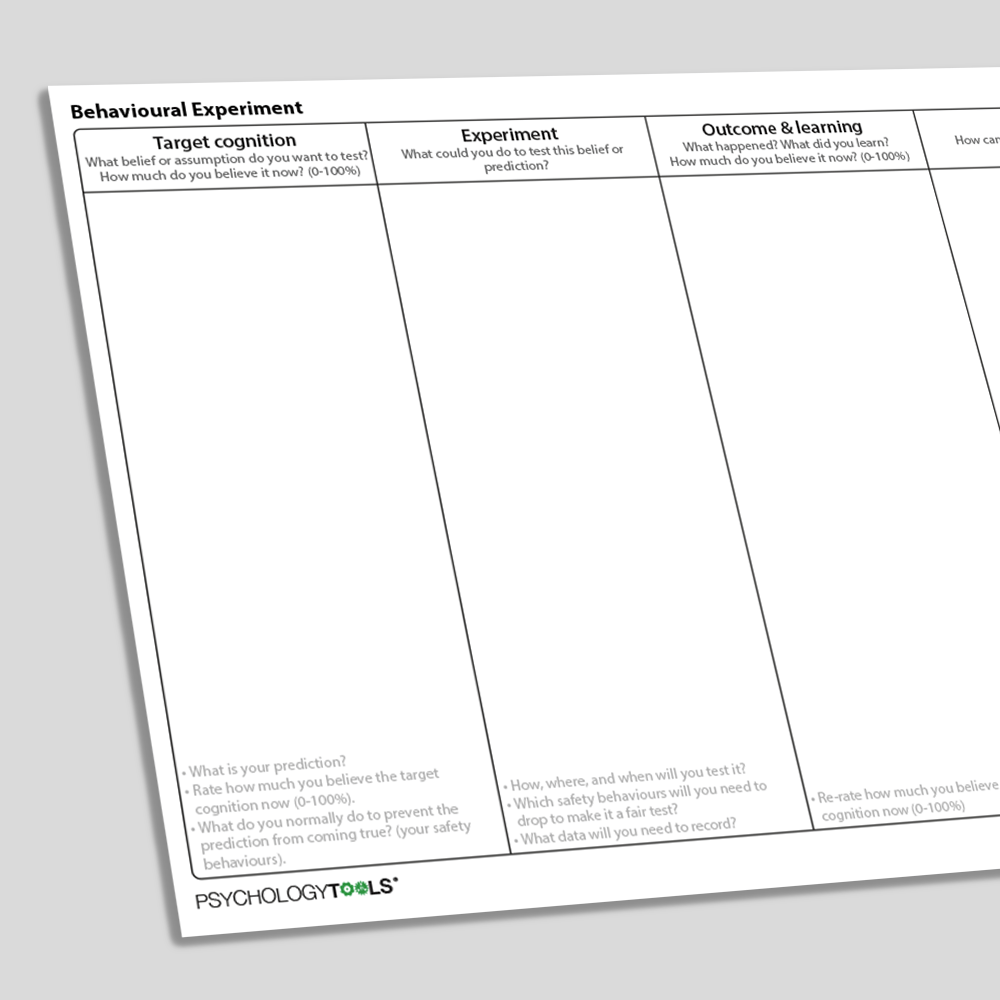 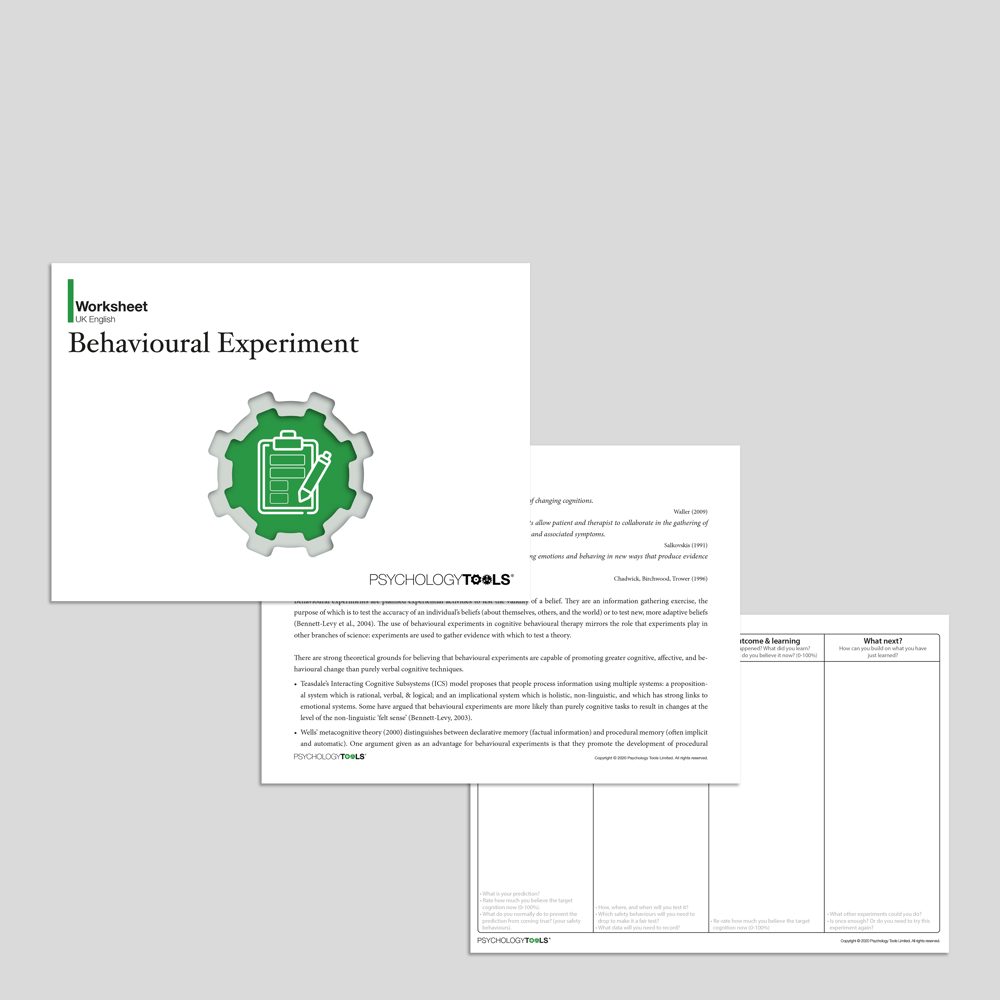 Behavioural experimentation is widely regarded as the single most powerful way of changing cognitions. (Waller, 2009)

The value of behavioural experiments transcends mere exposure; such experiments allow patient and therapist to collaborate in the gathering of new information assessing the validity of non-threatening explanations of anxiety and associated symptoms. (Salkovskis, 1991)

Beliefs rarely change as a result of intellectual challenge, but only through engaging emotions and behaving in new ways that produce evidence that confirms new beliefs. (Chadwick, Birchwood, Trower, 1996)

Behavioral experiments are planned experiential activities to test the validity of a belief. They are an information gathering exercise, the purpose of which is to test the accuracy of an individual’s beliefs (about themselves, others, and the world) or to test new, more adaptive beliefs (Bennett-Levy et al., 2004). The use of behavioral experiments in cognitive behavioral therapy mirrors the role that experiments play in other branches of science: experiments are used to gather evidence with which to test a theory.

There are strong theoretical grounds for believing that behavioral experiments are capable of promoting greater cognitive, affective, and behavioral change than purely verbal cognitive techniques.

Step 3: Outcome & learning
Take time to understand the meaning of the experiment and the data. What sense has the individual made of it? What does the result say about you? About other people? Encourage reflection on what has been achieved, and what has been learned. Helpful questions might include:

Step 4: What next?
Reflect upon what needs to be done next to build upon what has been learned. Helpful questions to ask at this stage include: