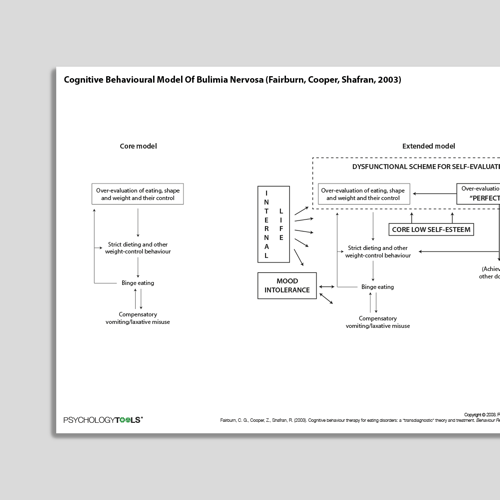 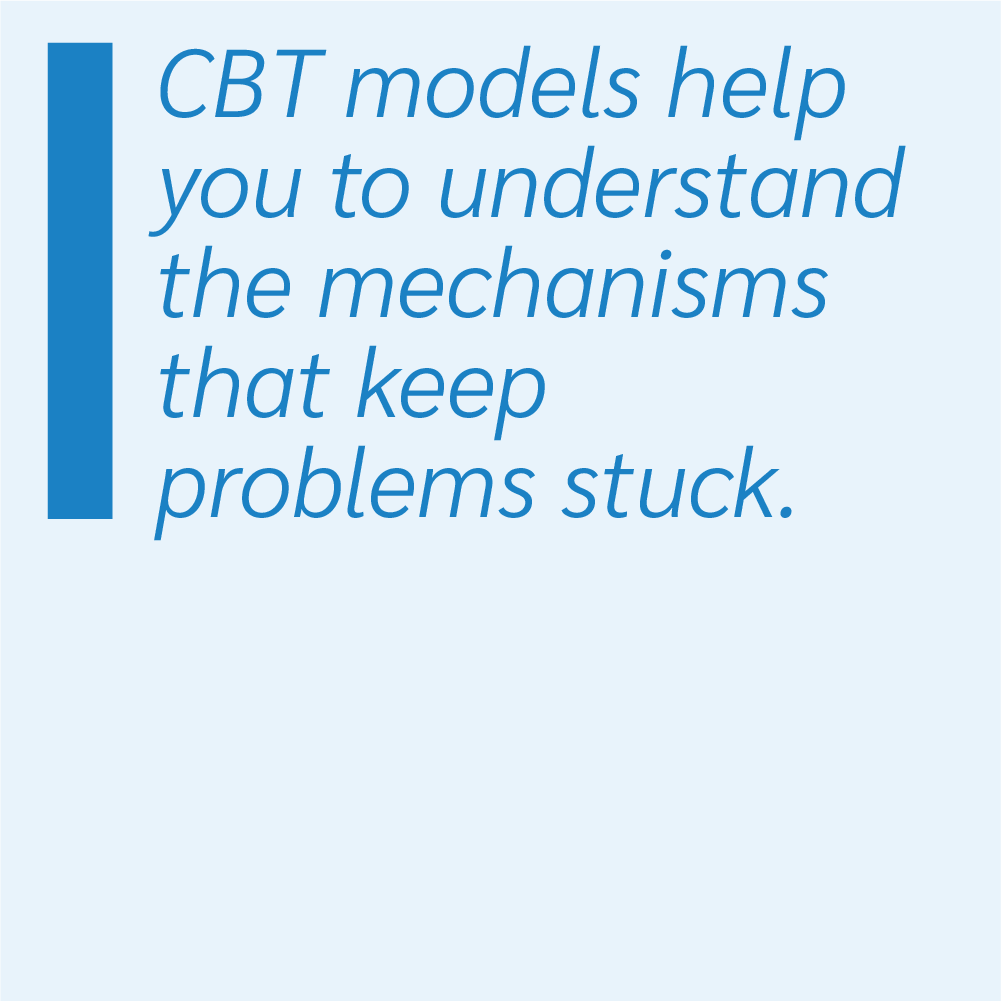 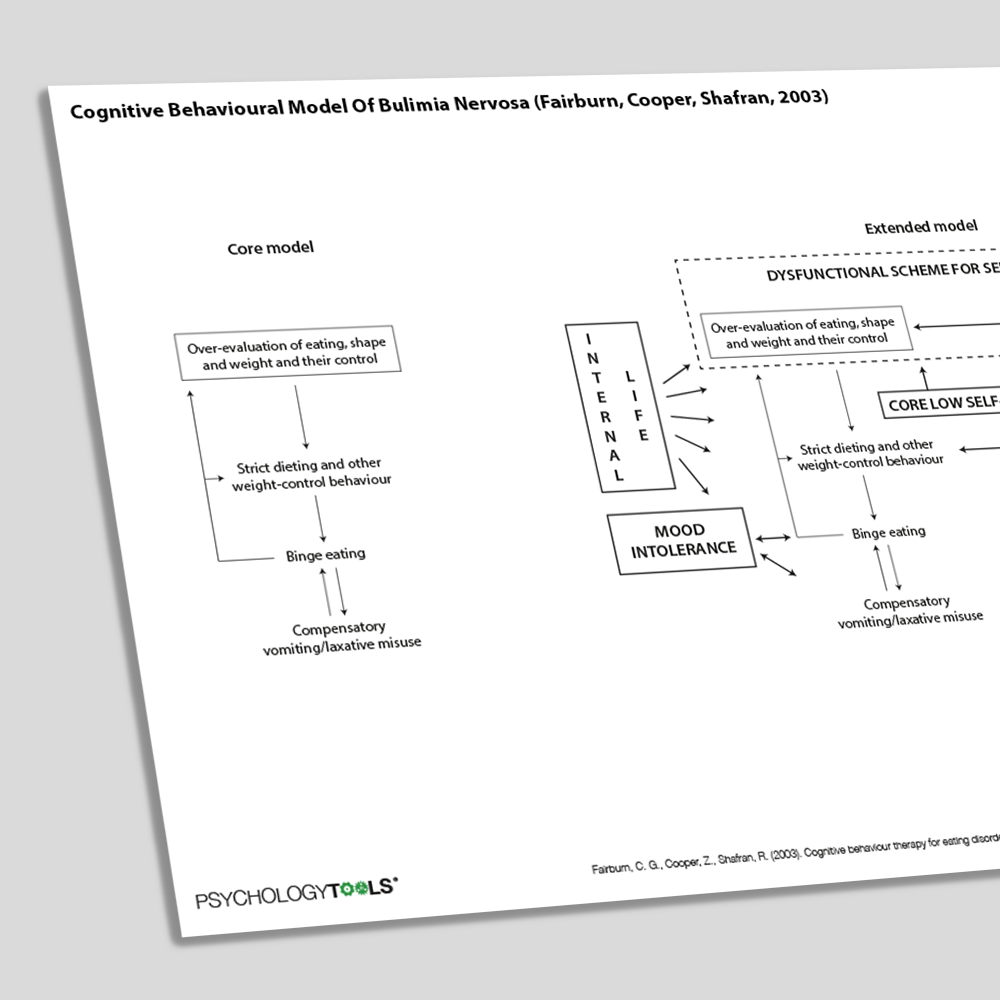 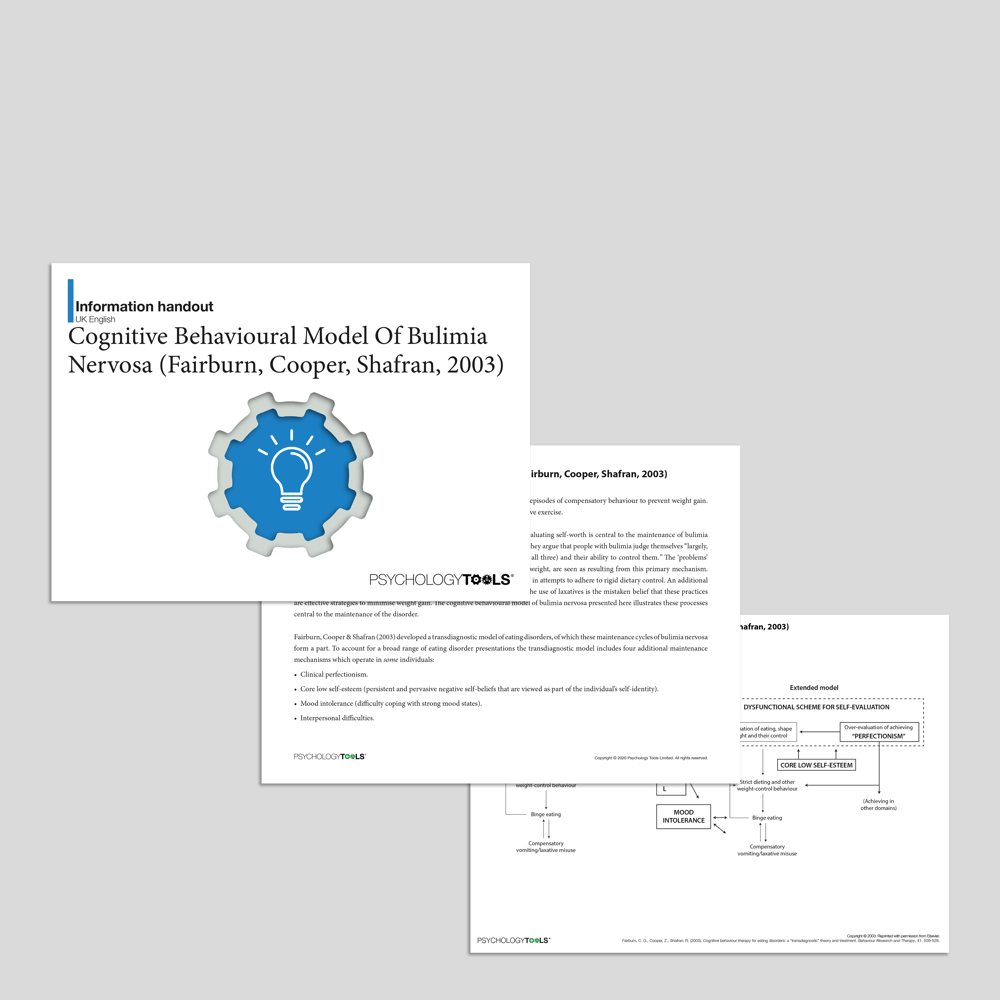 Fairburn, Marcus & Wilson (1993) proposed that a dysfunctional system for evaluating self-worth is primary to the maintenance of bulimia nervosa. Instead of evaluating one’s self-worth based on a broad range of criteria they argue that people with bulimia judge themselves “largely, or even exclusively, in terms of their eating habits, shape, or weight (and often all three) and their ability to control them.” The ‘problems’ of bulimia nervosa, such as weight-control behaviour and preoccupation with weight, are seen as resulting from this primary mechanism.

In the extended 2003 theory a number of additional maintenance mechanisms were added to the model. It was proposed that these only operate in some patients, and include:

Fairburn, Cooper & Shafran (2003) proposed a transdiagnostic model of eating disorder, of which this model of bulimia forms a part. One interesting characteristic of the treatment is that “The patient’s specific eating disorder diagnosis is not of relevance to the treatment. Rather, its content is dictated by the particular psychological features present and the processes that appear to be maintaining them”.