People with perfectionism pursue high standards in one or more areas of their life, and base their self-worth on their ability to achieve these standards, despite this having negative consequences (Shafran et al., 2010). Clinical perfectionism is associated with four key features: setting excessively high standards for oneself; continuous striving to reach goals; basing self-worth on meeting these standards; significant distress or impairment arising from the above. Shafran and colleagues (2002) developed the first cognitive behavioral model of perfectionism. The model presented here was a later revision which explains the role of performance-checking behaviors in perfectionism more explicitly (Shafran et al., 2010). 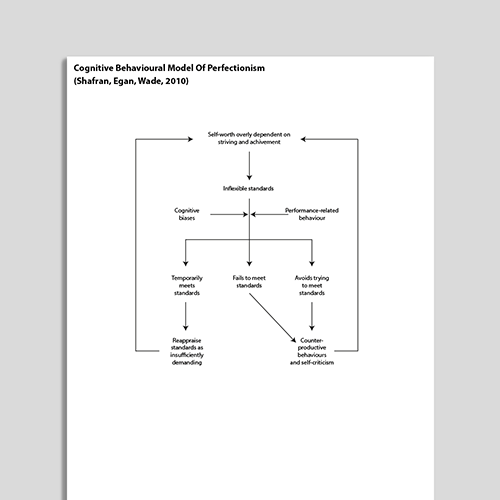 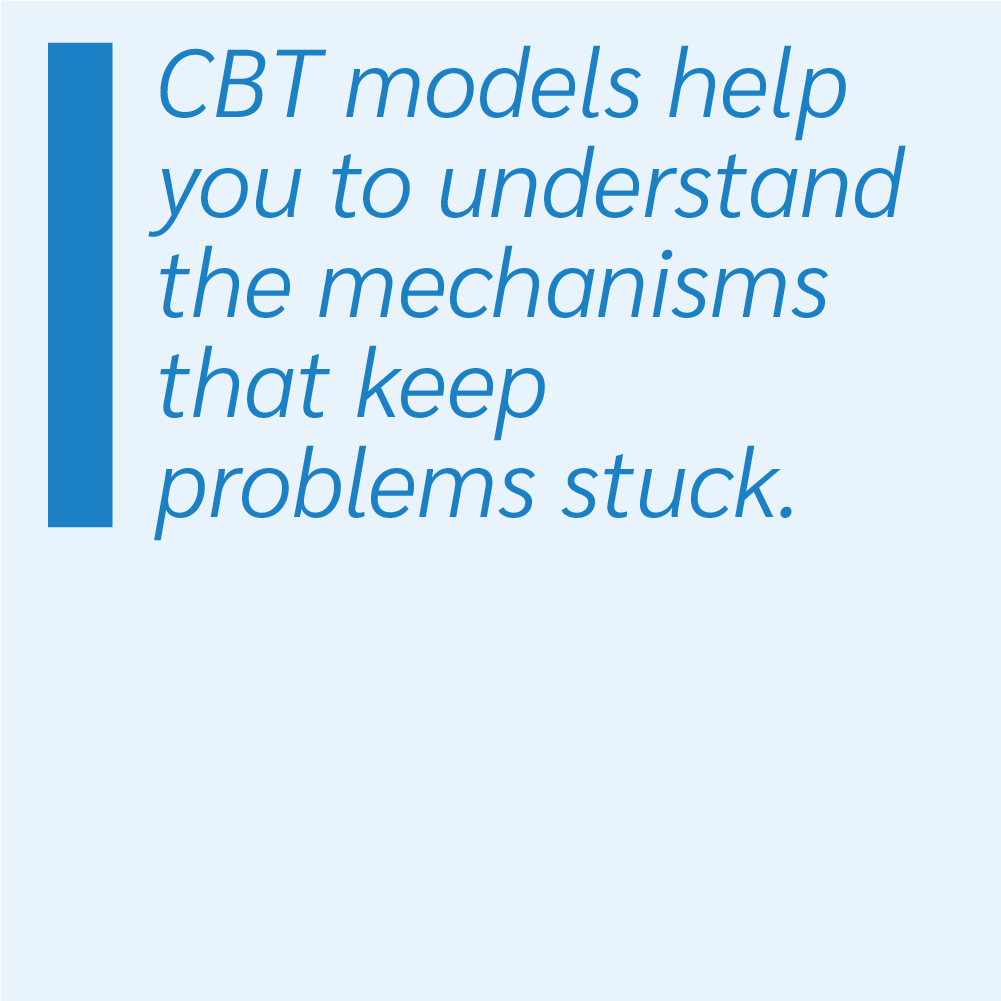 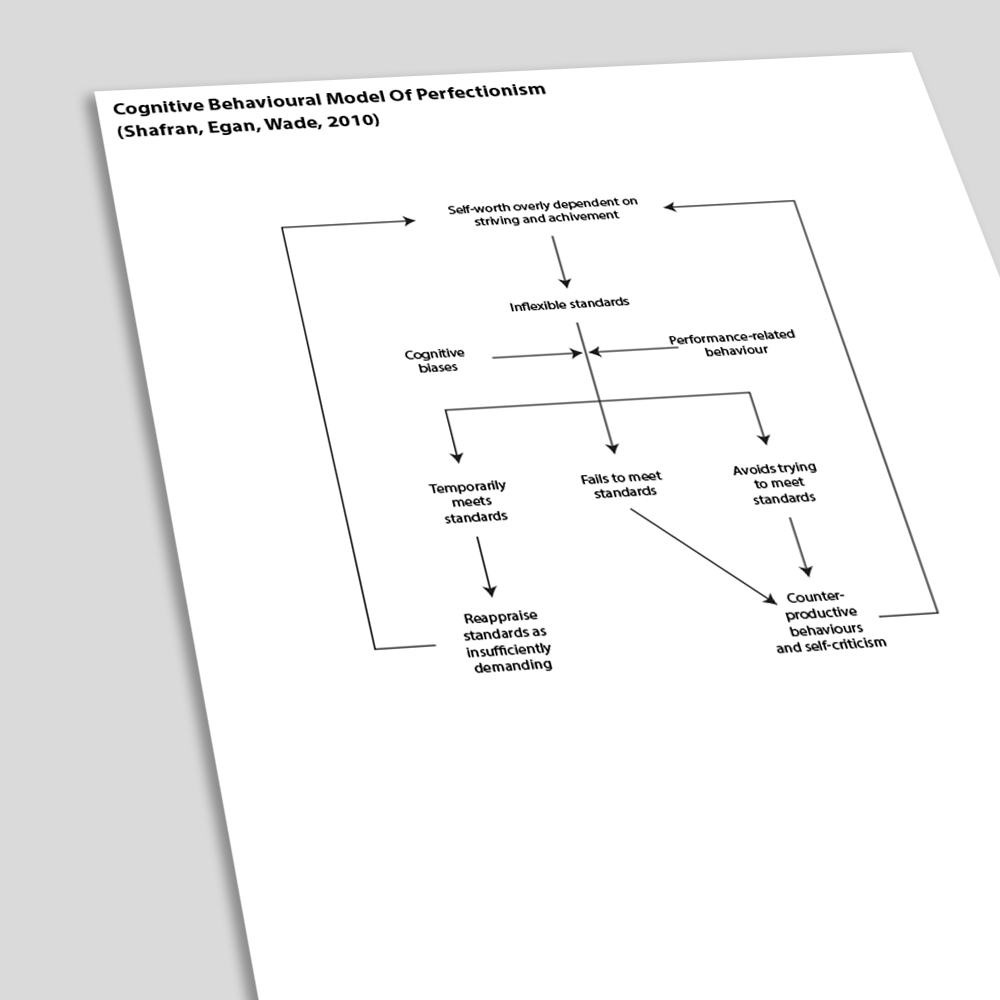 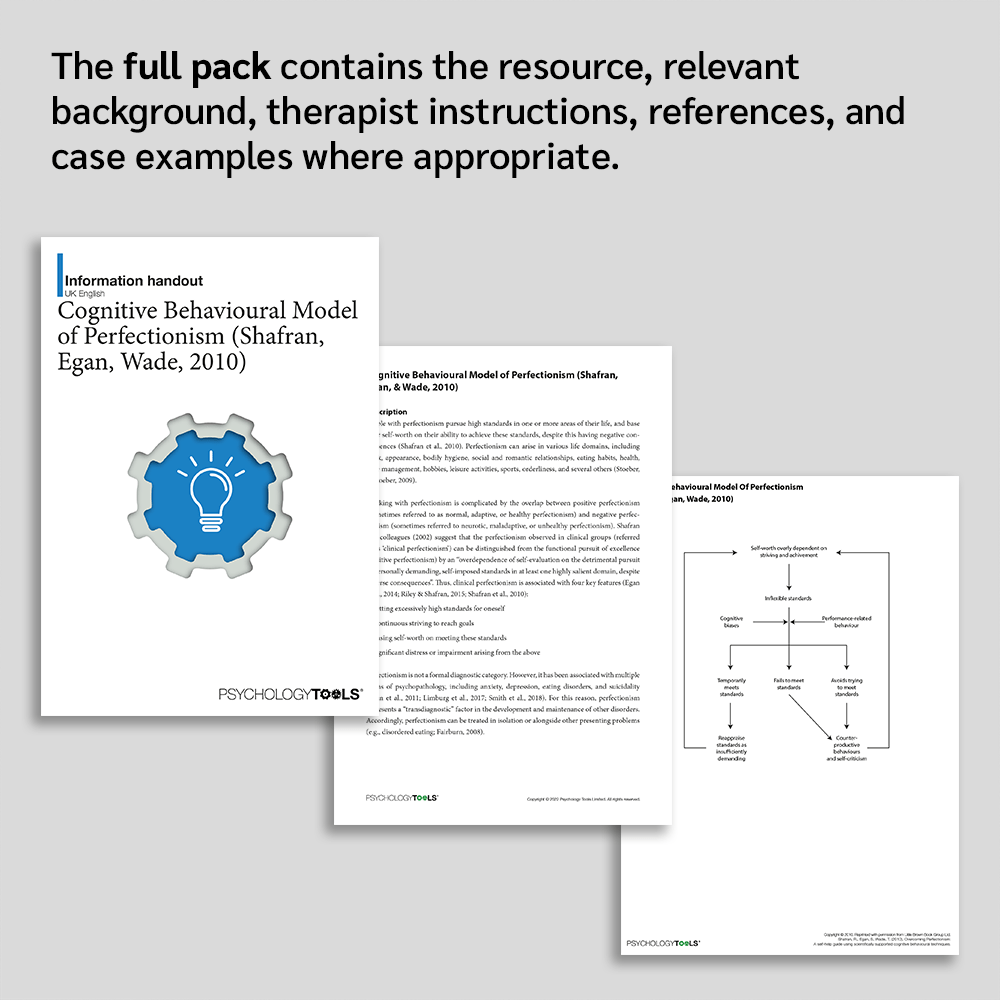 People with perfectionism pursue high standards in one or more areas of their life, and base their self-worth on their ability to achieve these standards, despite this having negative consequences (Shafran et al., 2010). Perfectionism can arise in various life domains, including work, appearance, bodily hygiene, social and romantic relationships, eating habits, health, time management, hobbies, leisure activities, sports, orderliness, and several others (Stoeber, & Stoeber, 2009).

Perfectionism is not a formal diagnostic category. However, it has been associated with multiple forms of psychopathology, including anxiety, depression, eating disorders, and suicidality (Egan et al., 2011; Limburg et al., 2017; Smith et al., 2018). For this reason, perfectionism represents a ‘transdiagnostic’ factor in the development and maintenance of other disorders. Accordingly, perfectionism can be treated in isolation or alongside other presenting problems (e.g., disordered eating; Fairburn, 2008).

Core symptoms of perfectionism include:

The high levels of perfectionism observed amongst individuals with eating disorders led Shafran and colleagues (2002) to develop the first cognitive behavioral model of perfectionism. The model was later revised to explain the role of performance-checking behaviors in perfectionism more explicitly (Shafran et al., 2010; see also Egan et al., 2014). Key components of the new 2010 model include the following.

Self-evaluation which is overly dependent on striving and achievement: Shafran and colleagues (2002) propose that setting high standards for oneself does not account for clinical perfectionism; this is commonplace and can lead to growth and satisfaction. Rather, it is basing one’s self-evaluation on pursuing demanding standards which is maladaptive. The authors suggest this is problematic for two reasons. First, positive self-worth depends on just one area of life (i.e., striving and achievement), which leads to an intense fear of failure, continuous striving, and negative self-evaluation when these standards are unmet (e.g., self-criticism). Second, positive self-worth depends upon achievements in the domain(s) where the individual holds perfectionistic standards (e.g., work), which can lead to emotional and behavioral disturbance in that area (e.g., overworking, occupational stress, and burnout). As a result, individuals with perfectionism pursue their standards relentlessly and have an intense fear of failure.

Individuals with perfectionism are inclined to believe that have not met their standards due to three cognitive biases (Egan et al., 2014):

These biases can also apply to evaluations of one’s performance while pursuing a standard (e.g., focusing on times when a recipe was approached imprecisely and discounting instances when it was followed methodically) (Shafran et al., 2020). It should be noted that other cognitive biases also play a role in perfectionism. These include overgeneralization (“I made a spelling mistake, so I am a total failure as a person”) and double standards (“Other people can make spelling mistakes but not me”) (Egan et al., 2004).
Performance-related behavior: Shafran and colleagues (2002) originally proposed that individuals with perfectionism engage in ‘hypervigilant monitoring’ regarding whether they have reached their standards, which contributes to biased appraisals of performance (e.g., repeatedly checking work which raises awareness of minor flaws). They suggested that monitoring often takes the form of checking behaviors which can be overt (e.g., re-reading a draft assignment over and over) or covert (e.g., scrutinizing one’s speed or performance while writing an assignment).

In their revised model of perfectionism, Shafran and colleagues (2010) separated hypervigilant monitoring from dichotomous evaluations of performance and replaced it with ‘performance-related behaviors’. These behaviors aim to assess whether standards are being met and support goal attainment. Examples include goal achievement behaviors (e.g., spending hours searching for the perfect word for an essay), performance testing (e.g., repeatedly redoing tasks), comparison-making, and reassurance-seeking (Egan et al., 2014):

Interventions that form part of CBT for perfectionism include: