The “What Keeps It Going?” series is a set of one-page diagrams explaining how common mental health conditions are maintained. Friendly and concise, they provide an easy way for clients to understand at a glance why their disorders persist, and how they might be interrupted. What Keeps Obsessive Compulsive Disorder (OCD) Going? is designed to help clients with OCD understand more about their condition. 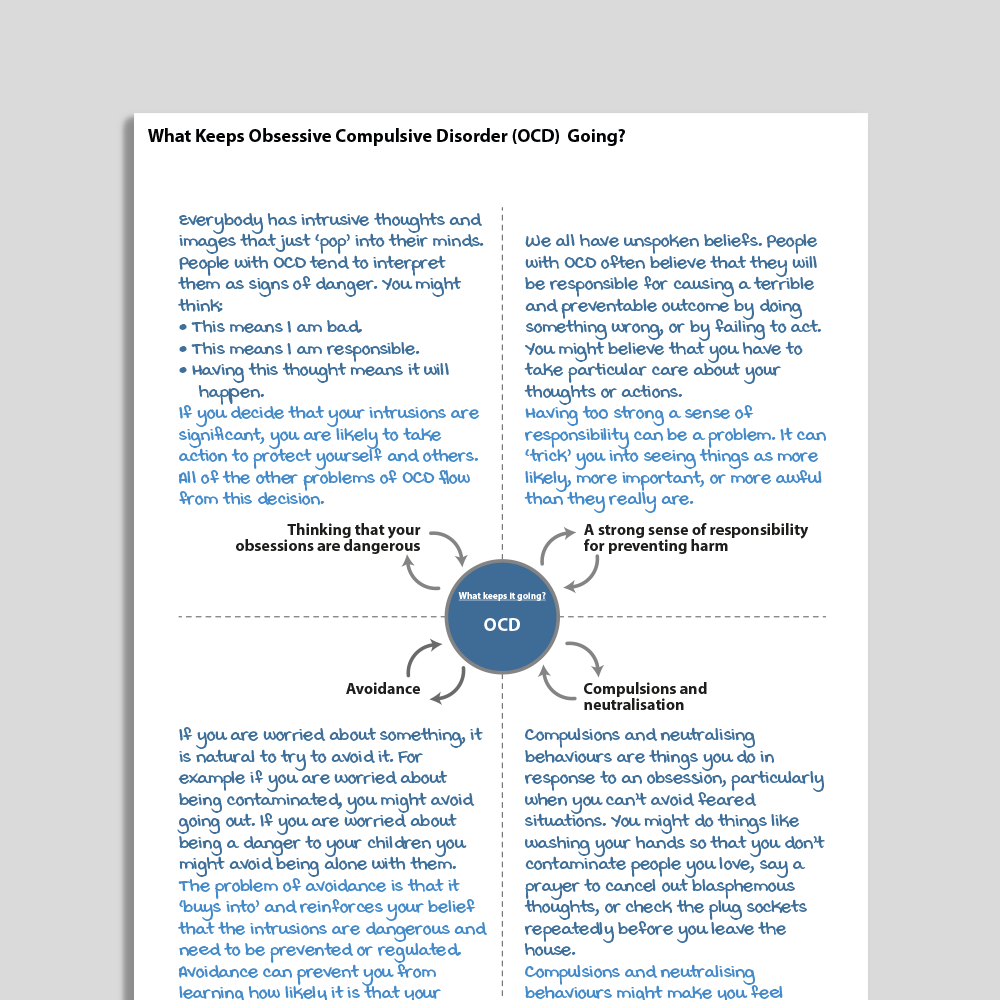 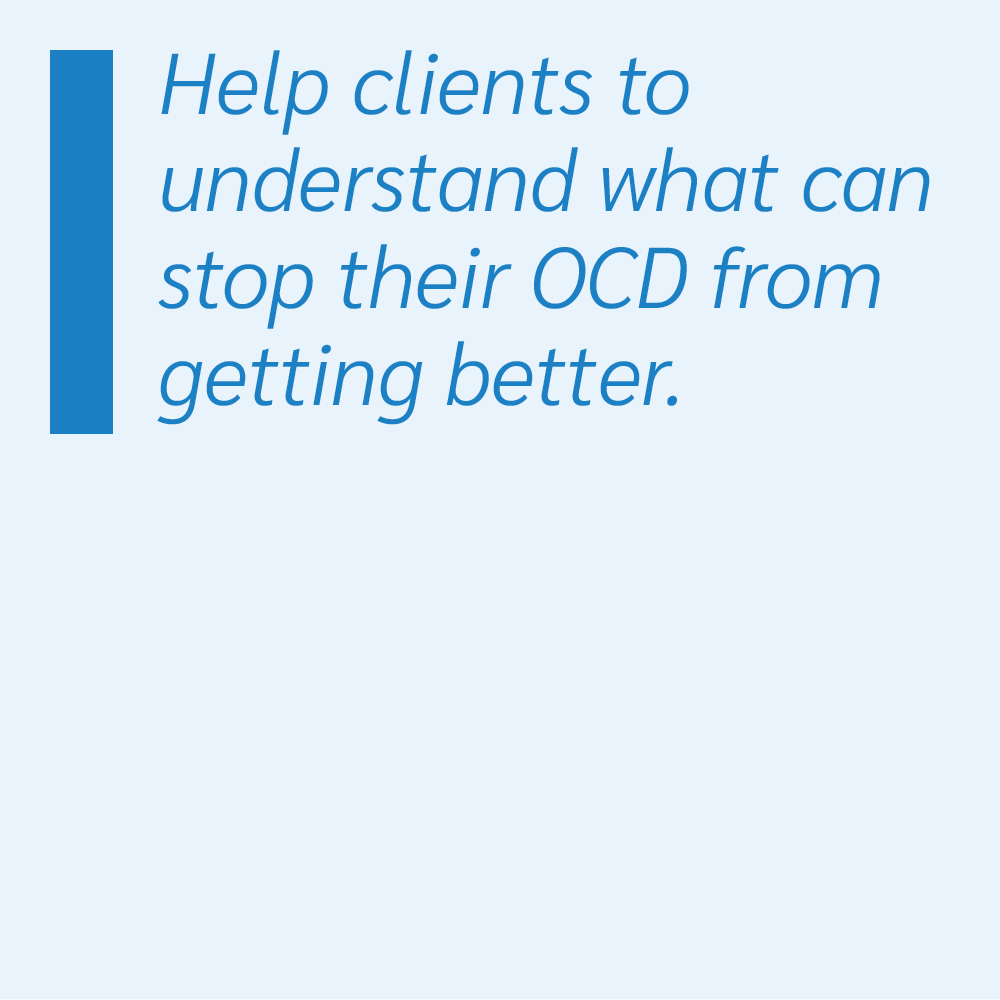 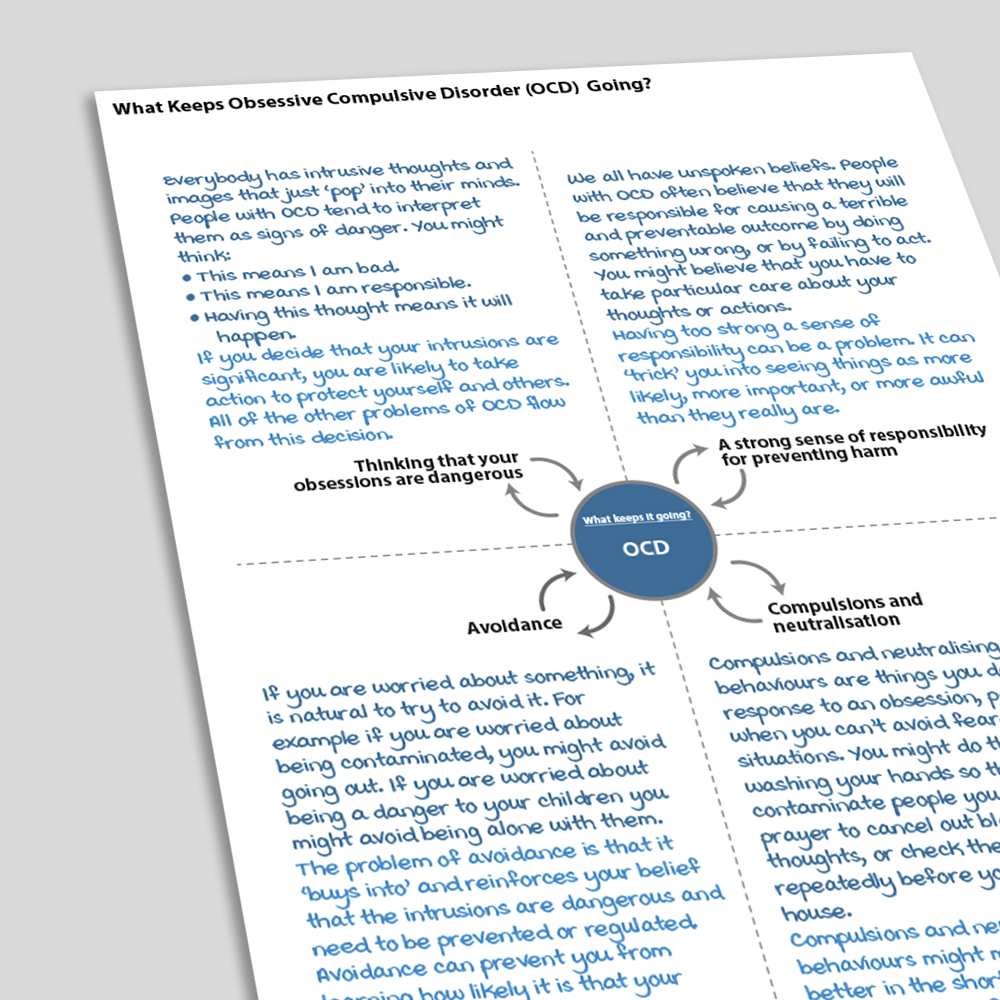 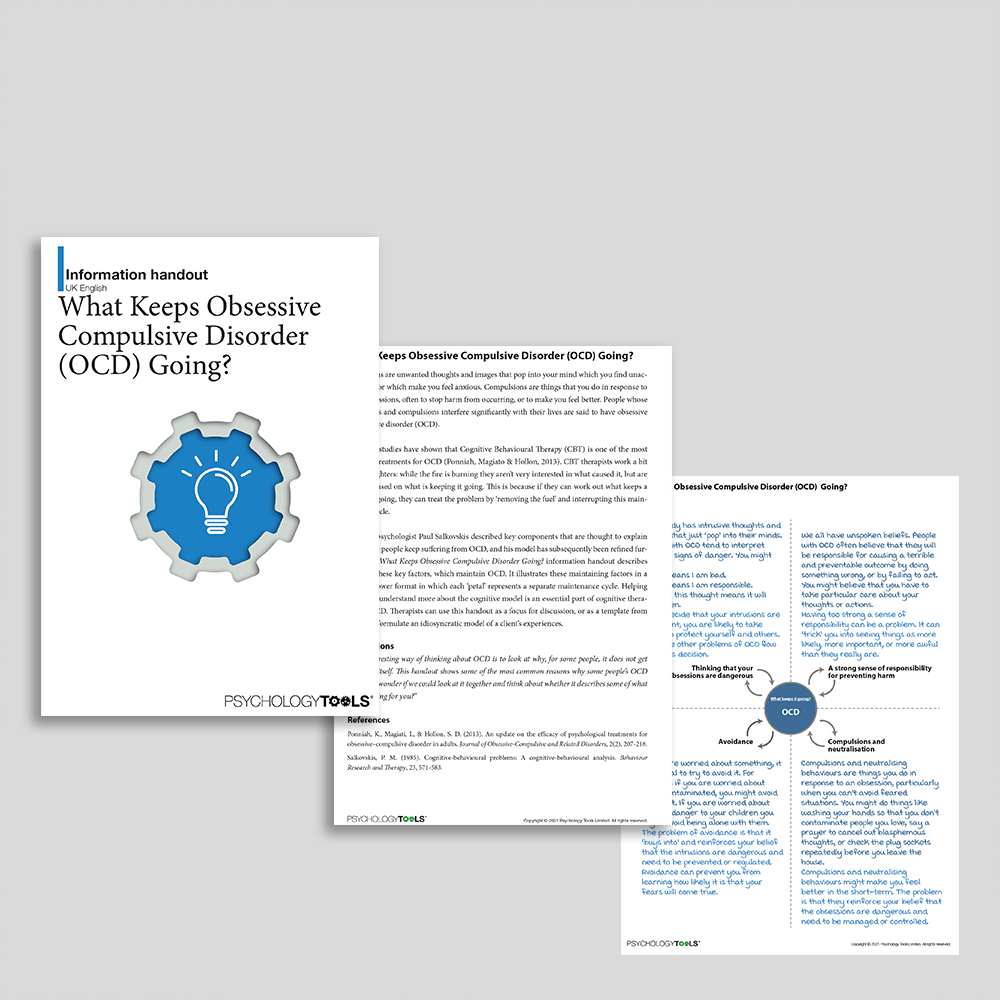 Obsessions are unwanted thoughts and images that pop into your mind which you find unacceptable, or which make you feel anxious. Compulsions are things that you do in response to your obsessions, often to stop harm from occurring, or to make you feel better. People whose obsessions and compulsions interfere significantly with their lives are said to have obsessive compulsive disorder (OCD).

Research studies have shown that Cognitive Behavioral Therapy (CBT) is one of the most effective treatments for OCD (Ponniah, Magiato & Hollon, 2013). CBT therapists work a bit like firefighters: while the fire is burning they aren’t very interested in what caused it, but are more focused on what is keeping it going. This is because if they can work out what keeps a problem going, they can treat the problem by ‘removing the fuel’ and interrupting this maintaining cycle.

In 1985, psychologist Paul Salkovskis described key components that are thought to explain why some people keep suffering from OCD, and his model has subsequently been refined further. The What Keeps Obsessive Compulsive Disorder Going? information handout describes some of these key factors, which maintain OCD. It illustrates these maintaining factors in a vicious flower format in which each ‘petal’ represents a separate maintenance cycle. Helping clients to understand more about the cognitive model is an essential part of cognitive therapy for OCD. Therapists can use this handout as a focus for discussion, or as a template from which to formulate an idiosyncratic model of a client’s experiences.

“One interesting way of thinking about OCD is to look at why, for some people, it does not get better by itself. This handout shows some of the most common reasons why some people’s OCD persists. I wonder if we could look at it together and think about whether it describes some of what is happening for you?”