Discounting In Perfectionism – The Ratchet Effect

When individuals with perfectionism successfully meet their demanding standards, these accomplishments are often discounted as “easy to do,” “no big deal,” or having “scope for improvement.” As a result, there is a little satisfaction in these achievements. This reinforces the need to strive and achieve in order to maintain positive self-evaluation, which leads individuals to set even higher standards for themselves. Consequently, individuals with perfectionism are likely to set ever-more demanding standards. In engineering, ratchets are useful devices which allow forward movement, but not backwards. The Discounting In Perfectionism – The Ratchet Effect handout illustrates the bias of discounting with reference to a ratchet metaphor. 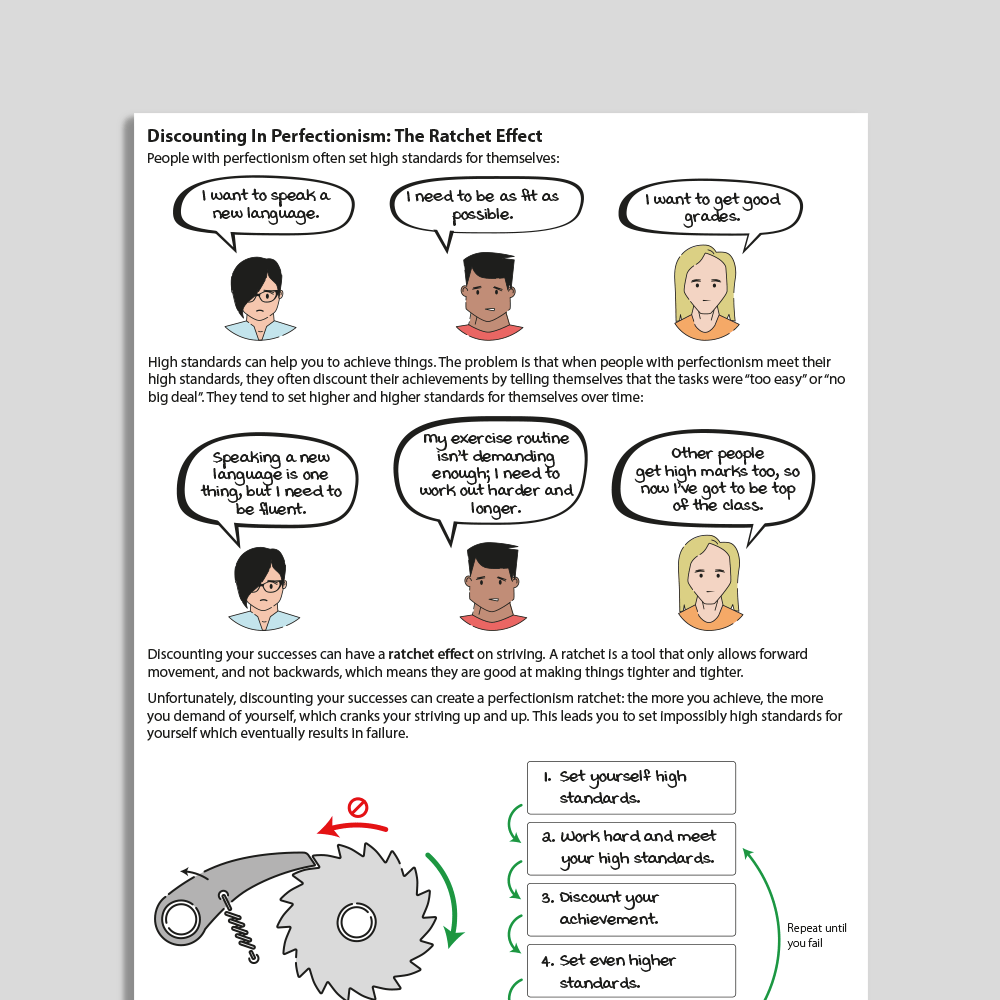 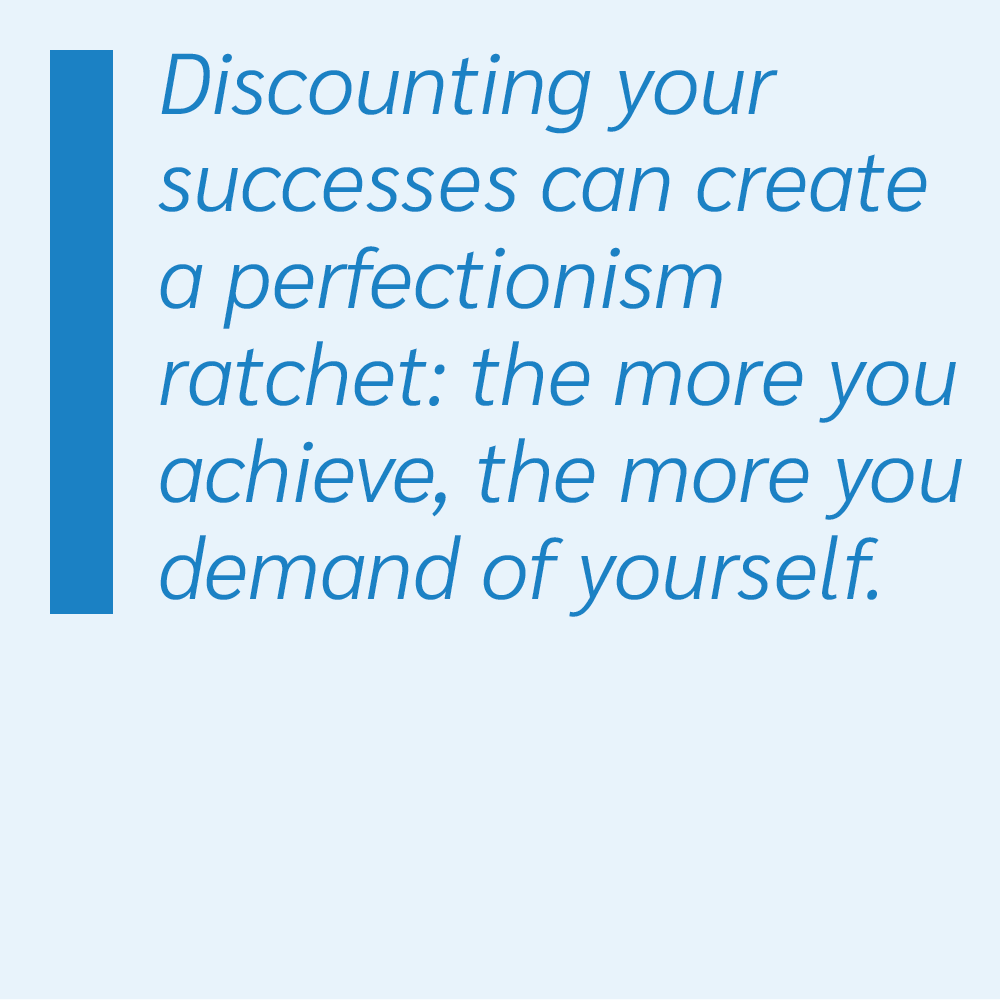 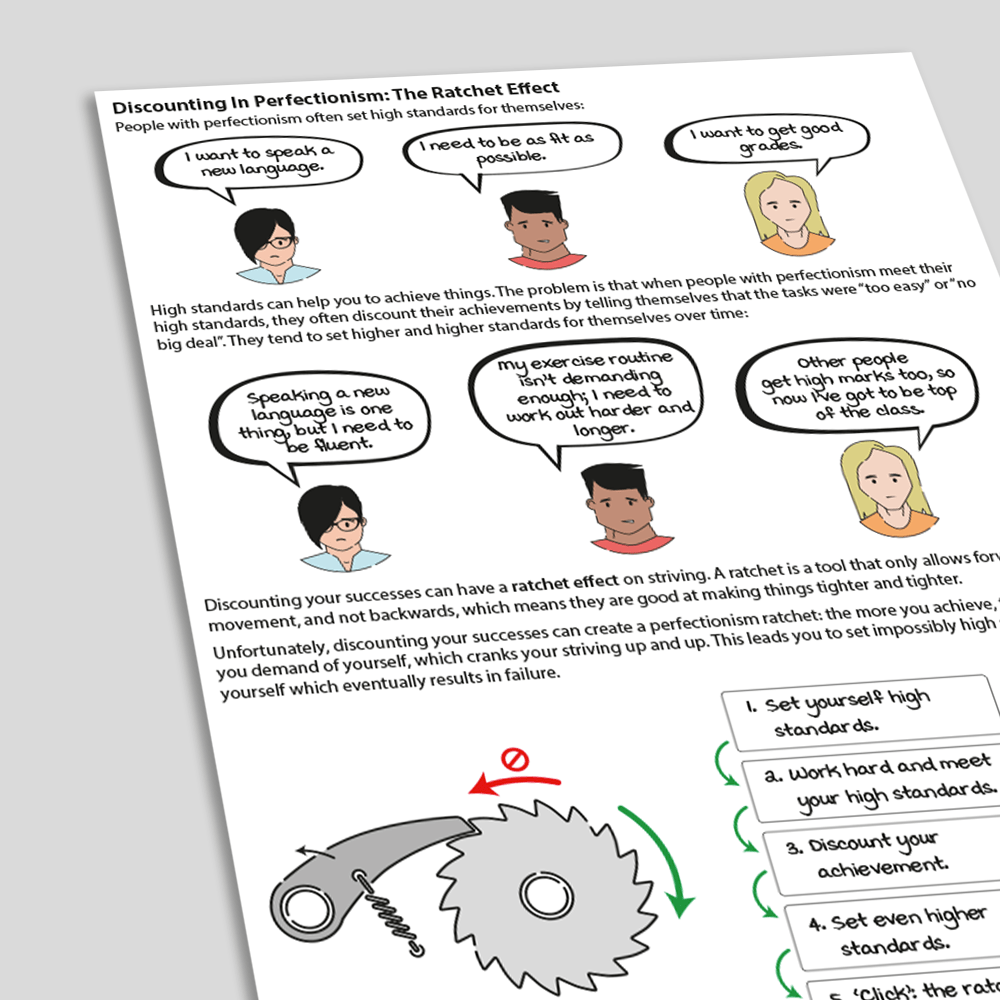 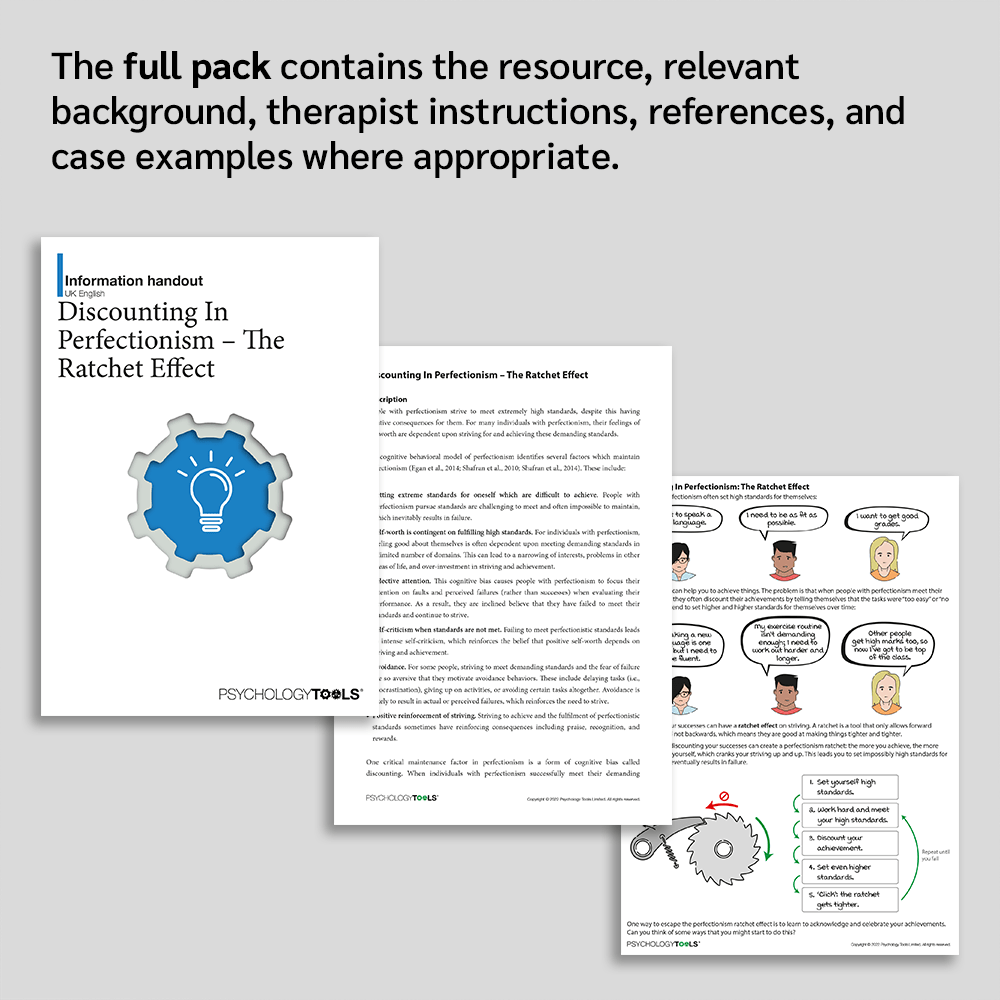 People with perfectionism strive to meet extremely high standards, despite this having negative consequences for them. For many individuals with perfectionism, their feelings of self-worth are dependent upon striving for and achieving these demanding standards.

“People who struggle with perfectionism set demanding standards for themselves, but when they meet a goal they have set for themselves they often seem to find a way to discount or dismiss their achievement. Would you be willing to explore this with me?”

Use this handout to explain the ratchet metaphor, and as a starting point to discuss biases of discounting in perfectionism. Example discussion points include: