Low self-esteem means not thinking much of yourself as a person, or not holding yourself in high regard. If you have low self-esteem you might not feel confident or capable, may feel anxious, and may criticize yourself harshly. Psychologists think that underneath feelings of low self-esteem are the negative beliefs and opinions we hold about ourselves. Some people know that their negative judgement of themselves is too harsh, other people hold onto these beliefs so strongly that they can feel like facts. Fortunately, there are helpful psychological approaches for improving your self-esteem.

Daniel’s belief that he was worthless & different

Daniel was the youngest of four children. Growing up he loved comic books and film, and he went on to study filmmaking at college. Academically he wasn’t as smart as his sisters, something which he felt his parents criticized him for. Daniel had a small group of friends, but he was also bullied at school. He came to believe that he was stupid, ‘different’ and worthless. He would get flustered when surrounded by people he thought of as more competent, never felt comfortable around women, and he never felt like he fitted in. Daniel became very self-critical. He felt he had to be on the lookout for his flaws to try and hide them from other people before they noticed.

Daniel found it helpful to think of his negative beliefs as an opinion rather than a fact, and to understand where this opinion had come from. The part of treatment that he found most helpful was when his therapist introduced him to the idea of challenging his self-critical voice – it felt unusual to begin with but quickly he began to see that his sense of worthlessness had no basis in fact. He had left college and had started university which gave him the opportunity to experiment with showing sides of his character that he hadn’t felt comfortable with before: meeting people with similar interests helped him to embrace his ‘difference’ as a positive trait and finally start to feel comfortable in his own skin.

What is low self-esteem?

Your self-esteem is the opinion you have of yourself. When you have healthy self-esteem, you tend to think positively about yourself, and optimistically about life in general. When you encounter challenges, you feel confident that you will be up to the task. People with healthy self-esteem know that they are valuable and will be able to name at least some of their positive characteristics such as “I am a good friend”, “I am kind”, “I am honest”, or “I am a good father”.

When you have low self-esteem, you tend to see yourself, the world, and your future more negatively and critically. When you encounter challenges, you doubt whether you will be able to rise to them, and you might avoid them. You might talk to yourself harshly in your mind, such as telling yourself “You’re stupid”, “You’ll never manage this”, or “I don’t amount to anything”. You might feel anxious, sad, low, or unmotivated.

Nobody is born with low self-esteem – it develops as a result of the experiences we have throughout our lives. At the centre of low self-esteem are the beliefs and opinions we hold about ourselves. We tell ourselves stories about who we are and form conclusions about ourselves. These opinions can get ‘fixed’, as though they are ‘truths’ for all time. In reality though, they are just stories or labels, and they don’t capture the full truth of who we are.

Negative early experiences are very important for the development of low self-esteem. Some of the factors that make it more likely that a person will develop low self-esteem include: 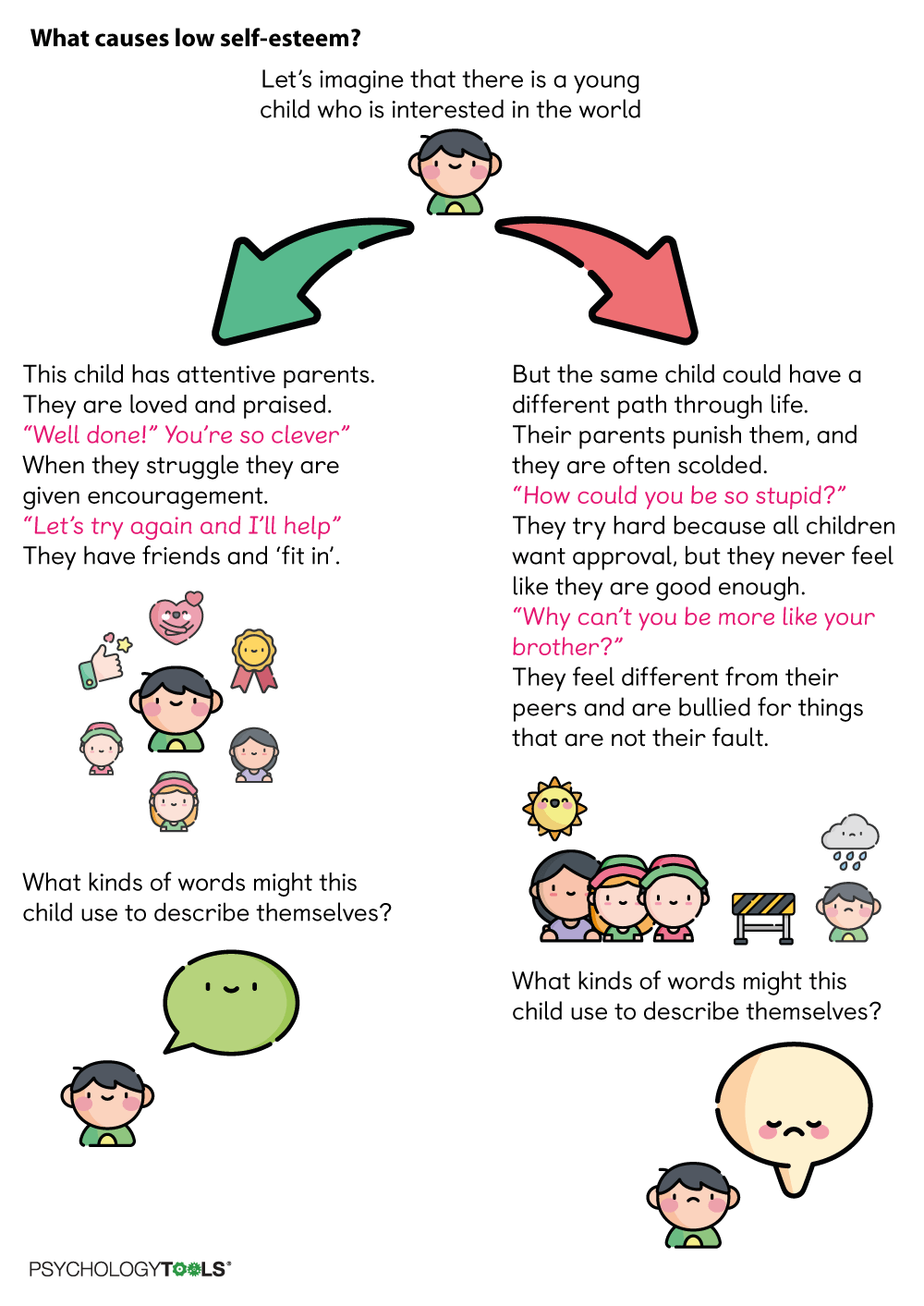 Figure 1: Low self-esteem means having a low opinion of yourself. It is the product of our experiences and the sense that we have made of them.

A psychologist called Melanie Fennell developed an influential cognitive behavioral model of low self-esteem [1]. Fennell’s model says that throughout your life you form negative beliefs about yourself which she called your ‘bottom line’. Your bottom line is often an (overly simple) description of yourself and might be summarized as something like “I’m worthless” or “I’m no good”. Your bottom line is always there, dormant, but becomes activated in particular situations. When it is activated you are more likely to use some safety strategies:

Fennell says that although these safety strategies can make you feel good in the short-term, all of them mean that your bottom line never changes, and your self-esteem doesn’t improve. 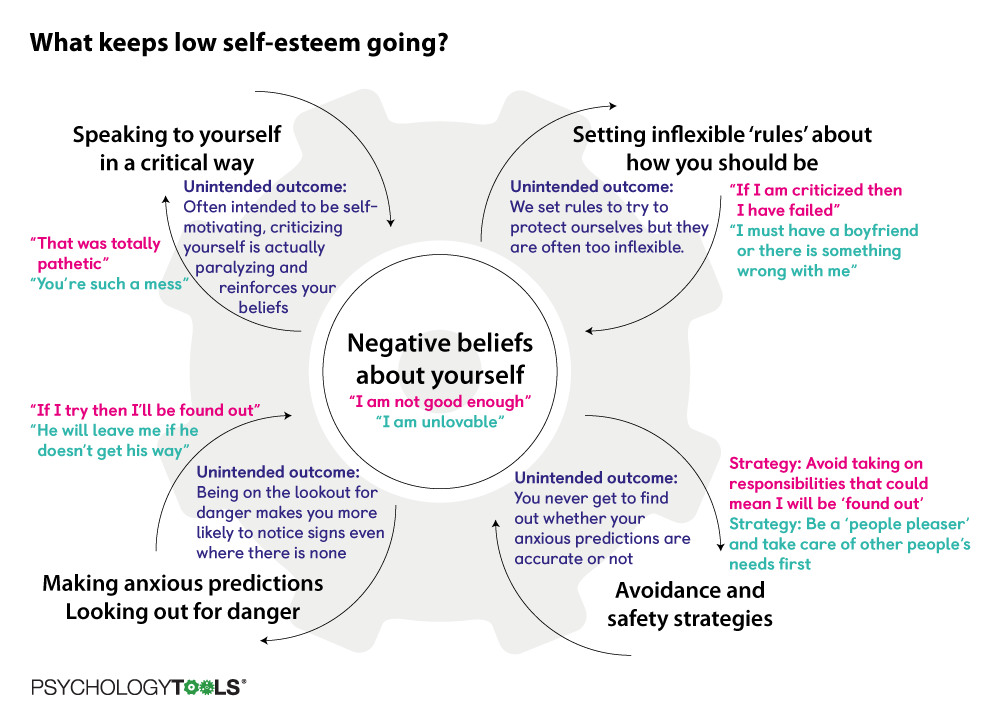 Figure 2: Things that keep low self-esteem going include speaking to yourself in critical ways, and avoiding situations where you might be tested.

A psychologist called Kees Korrelboom developed another model of low self-esteem which is based upon modern ideas of how memory works [2]. Korrelboom’s idea is that events in your life lead you to form a negative self-image – a sort of picture in your mind of who you are. When you encounter a cue (for example, someone says “who are you?”) your mind automatically retrieves this self-image. Korrelboom says that there are actually lots of versions of ‘you’ – and lots of ‘pictures’ that your mind could retrieve – but it gets into the habit of retrieving a very negative one and the result is low self-esteem. Korrelboom’s model says that the reason self-esteem persists is because of the ‘habit’ that your brain has of retrieving the very negative image.

A number of psychological treatments have been developed which directly target low self-esteem. These include cognitive behavioral therapy (CBT), and competitive memory training (COMET). There is evidence that both are effective forms of treatment [3,4,5,6,7,8].

How can I overcome my low self-esteem?

There are lots of things that you can do for yourself that will help you to overcome low self-esteem. The tasks and self-esteem worksheets described below are adapted from both the Fennell and Korrelboom approaches. Although they are based on slightly different theoretical backgrounds there is no reason to think that they are incompatible. These include:

Identifying and challenging your self-criticism

We all speak to ourselves, and when we do it in encouraging ways we can feel pretty good. People with low self-esteem often have a harsh and critical inner voice though. Some therapists like to call this a ‘bully voice’. The psychologist Paul Gilbert often uses an analogy about the kind of teacher you would want for a young child: would you want one who is harsh and punitive, or one who is kind and supportive? One way of overcoming low self-esteem is to change the way we speak to ourselves, or to have a different relationship with your inner voice. Some of the techniques that psychologists teach include monitoring your self-critical thoughts using self-esteem worksheets like the self-critical thought monitoring record, challenging your negative thinking using thought records, and learning about your unhelpful thinking styles.

Retraining yourself to focus on the positive

The psychologist Christine Padesky compared our most stubborn beliefs to people who are prejudiced [9]. She said that they are always quick to spot anything bad associated with the thing they are prejudiced against, but almost blind to good associations. She gives an example of ‘Sigmund’ who has a prejudice that women are inferior to men:

Therapist: “Alright, now when Sigmund sees a woman and she is not doing as well as a man at a task, what does he say?”

Client: “Sigmund points out how women are always deficient.”

Therapist: “Now, what does Sigmund say when a women is doing something as well or even better than men -has this ever happened when you were around Sigmund?”

Client: “Normally he just ignores it and find something to criticize – their appearance, or their attitude.”

The point of this is that our negative beliefs make us pay attention in biased ways. If your bottom line is “I’m a failure” then you are *much* more likely to pay attention to your struggles than your successes. The problem of this ‘biased perception’ is that you only see half the picture – you don’t get to see yourself fairly, and nothing changes. One helpful strategy is to use a self-esteem worksheet like the positive belief log: your challenge is to identify some of your positive qualities, and to pay close attention to times in your day which illustrate these.

Challenging your bottom line and building a new one

Ultimately, you will need to understand what your bottom line is. If you have monitored your self-critical thoughts you might have noticed patterns in the kinds of thoughts you have, or the kinds of labels you apply to yourself. CBT therapists often use the downward arrow technique as a way of exploring people’s bottom lines. Then it can be helpful to treat your bottom line like an opinion, or a theory to be tested. Many people find it helpful to come up with some alternative bottom lines (even if they don’t really believe them with all their heart yet) and then to collect evidence in their daily life to see which belief (old bottom line or new positive belief) is a more accurate way of looking at the world. This often takes persistence, but it pays off.

Modifying your rules and assumptions

Fennell’s model says that our low self-esteem beliefs can be ‘protected’ (maintained) by our unstated rules and assumptions. For example, Rai had always thought of herself as ‘stupid’ and held the assumption that if anyone criticized her it meant that she had made a mistake and was stupid. Deep down Catherine thought she was unlovable and held on to a feeling that she would only be accepted if she was the right size and shape. The problem of rules is that they are often excessive, unreasonable and overly strict: they’re not real rules about how the world works, but are assumptions that keep us stuck in unhelpful ways of thinking and behaving. The modifying rules and assumptions worksheet is a structured way of examining how your rules operate.

Korrelboom’s model of low self-esteem is based on an idea about how your memory works. When you are given a cue, say someone says “quick, think of an animal” your memory can select from any of the animals that you know about, says giraffe, rhino, elephant. But it has to pick one, and it will pick the one that comes to mind most readily: perhaps you thought of a dog or a cat because they’re your favourite, or because you live with one. Memory works like this for self-image too. Let’s say the cue is “quick, think about what kind of person you are” – your memory could select from many, say kindness, patience, caring, thoughtful. But for people with low self-esteem it may be in the ‘habit’ or picking from well-rehearsed negative traits which you might not like about yourself. This idea about how memory works is called retrieval competition, and Korrelboom developed a treatment for low self-esteem based on this principle called Competitive Memory Retraining (COMET). Compared to Fennell’s CBT approach, the COMET approach works more with mental images. Some of the steps of the COMET protocol include: