Intolerance Of Uncertainty: Help Your Clients To Embrace The Unknown Using Behavioral Experiments 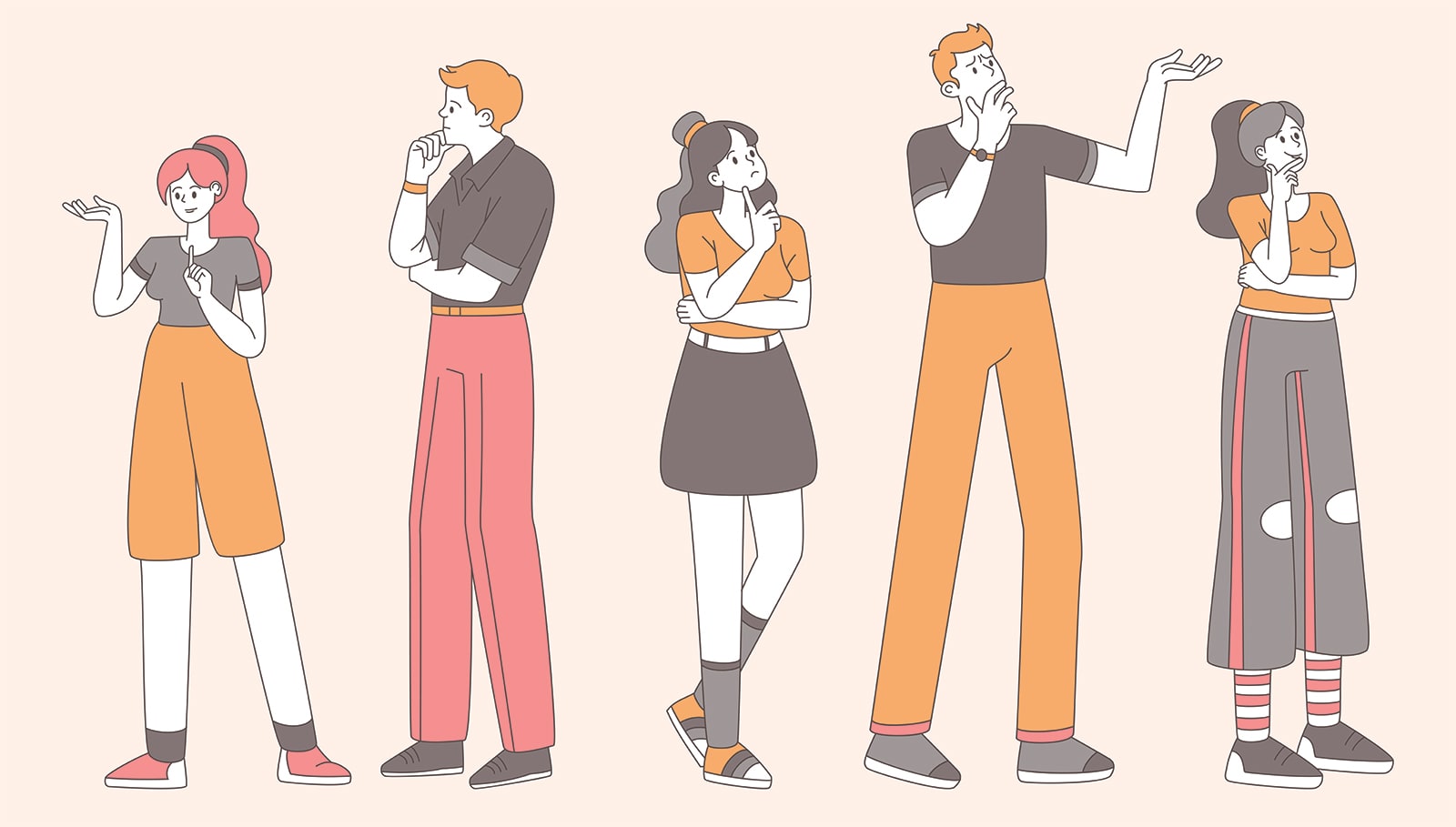 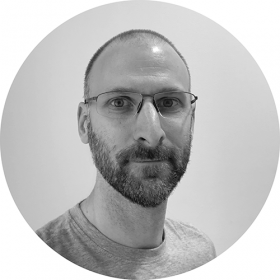 Within cognitive behavioral therapy (CBT) a fundamental way of understanding anxiety focuses on ‘threat appraisals’. Beck and colleagues [1] proposed that “anxiety is an uncontrollable affective response dependent upon the interpretation of a situation and the appraisal of a possible threat of negative events”. Salkovskis gives a more straightforward take, saying that that anxiety is the result of “the interpretation of a situation or stimulus as a sign of personal threat” [2]. The threat appraisal equation (‘anxiety equation’) elaborates on this relationship in visual form:

Figure: The anxiety equation describes anxiety as a function of threat appraisal.

Treatments derived from this threat model have been extraordinarily successful. For example, Clark’s cognitive model of panic [3] describes how a body sensation is appraised as threatening, leading to feelings of anxiety. Safety behaviors are mobilized to prevent a catastrophe from occurring, which inadvertently lead to the maintenance of the unhelpful beliefs about the body sensation. Interventions such as interoceptive exposure or behavioral experiments, which allow for the development of more helpful beliefs, allow re-appraisal of the ‘dangerous’ sensation resulting in a reduction in anxiety. Similarly, the cognitive behavioral model of obsessive compulsive disorder [4] describes how individuals with OCD appraise an intrusive thought as personally meaningful and threatening (e.g. “This thought about children means that I am a paedophile”), leading to the mobilization of compulsions to prevent the feared outcome from occurring. Interventions such as exposure and response prevention (ERP) or behavioral experiments allow for the development of more helpful beliefs (e.g. “Intrusive thoughts are just thoughts”).

The conundrum of GAD

Individuals with generalized anxiety disorder (GAD) present a challenge to a simple threat appraisal model. People with GAD report significant worry which they find difficult to control and experience as distressing. Other common symptoms include restlessness, physical arousal, difficulty concentrating, muscle tension, and poor sleep. Early psychological models of GAD conceptualized the anxiety in relatively generic cognitive terms of an individual’s heightened preoccupation with danger and underestimation of their ability to cope, or described worry as a failed attempt at problem-solving (e.g. [5], [6], [7]). Treatments derived from these models had limits to their effectiveness, with GAD being described as “largely impervious to traditional cognitive restructuring approaches” [8].

Confusingly, many people struggling with GAD reported high levels of threat even in the absence of objective risk, difficulties, or danger [9, 10]. With no objective danger, a threat appraisal model would seem to fall apart. How are we to make sense of this? To explain, we need to introduce intolerance of uncertainty.

What is intolerance of uncertainty?

In plain language, what this means is that intolerance of uncertainty is a trait measure that helps us to understand why some people find particular situations more uncomfortable than others. Some people perceive the uncertain elements of situations as being threatening – the ‘not knowing’ is uncomfortable for them. People who are high in IU are more likely to experience ambiguous situations as threatening, even if most people would believe that they are objectively safe. 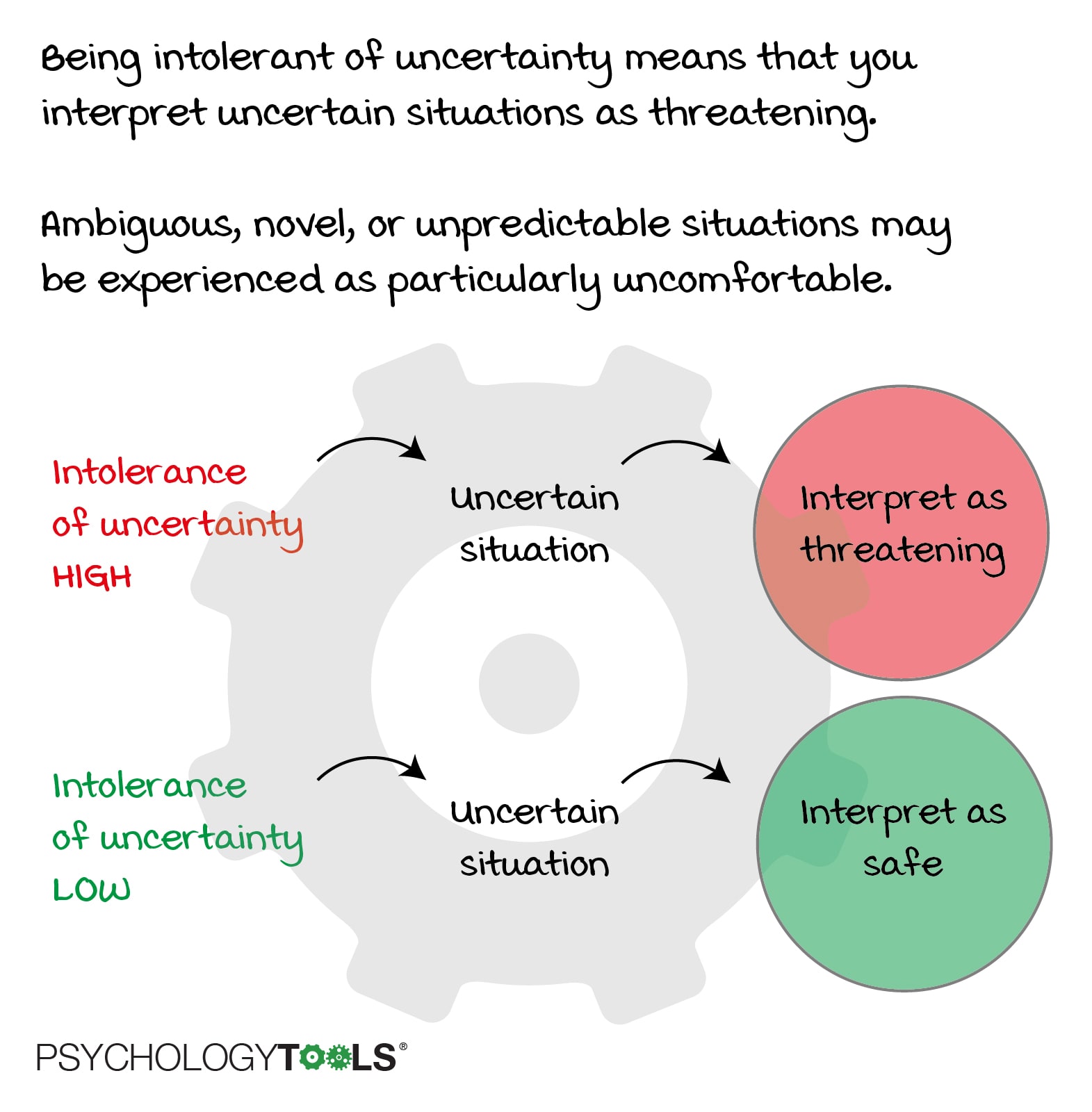 “These results demonstrate that tolerance levels for uncertainty play an instrumental role in the negative interpretation of ambiguous situations … Thus, IU may play a role in elevating threatening interpretations of uncertain situations and increasing negative reactions to uncertain outcomes.” [10]

Intolerance of uncertainty was originally identified in the context of GAD, but subsequent research has implicated IU in OCD, social anxiety, health anxiety, depression, and eating disorders [13, 14, 15, 16, 17]. Milne, Lomax & Freeston [10] argue that IU can be considered a transdiagnostic risk factor – a predisposing characteristic which can influence the experience of psychological suffering.

Research into intolerance of uncertainty has suggested that IU can be conceptualized as a dimensional structure with two factors. Dimensional simply means that IU varies in intensity across individuals [12]. A review by Birrell and colleagues suggests that the two factors of IU are the desire for predictability, and paralysis of cognition and action in the face of uncertainty [18].

A helpful way for therapists to conceptualize IU is to think about it as another personality characteristic or information processing bias which leads our clients to feel more anxious. Just as a client who habitually catastrophizes will experience anxiety, an individual with negative bias against uncertainty is more likely to find a wider range of (ambiguous) situations more threatening.

“In summary, there is now considerable research to suggest that IU is an independent construct that contributes to anxiety. Research has evidenced that IU plays a core role in the cognitive model of GAD … Studies also evidenced that the manifestation of higher levels of uncertainty guides processing and contributes to a wide range of anxiety difficulties.”

Dugas, Gagnon, Ladouceur & Freeston’s cognitive-behavioral model of GAD, published in 1998 [20], gave an important role to intolerance of uncertainty (IU). In the 1998 model, IU was conceptualized as a kind of ‘catalyst’ which could exacerbate initial “what if…?” questions, or even lead to their generation from ambiguous situations. Appraisals about worry (e.g. “worrying helps avoid disappointment”, “worrying can stop bad things from happening”) were also given prominence. Intolerance of uncertainty was given an important role in the model and therapists were advised that they should help their GAD patients to become more tolerant of uncertainty. However, popular interventions derived from this model tended to focus on other areas such as helping clients to distinguish between real-event and hypothetical worry, addressing unhelpful beliefs about worry, problem-solving training, and imaginal exposure to feared worry scenarios. 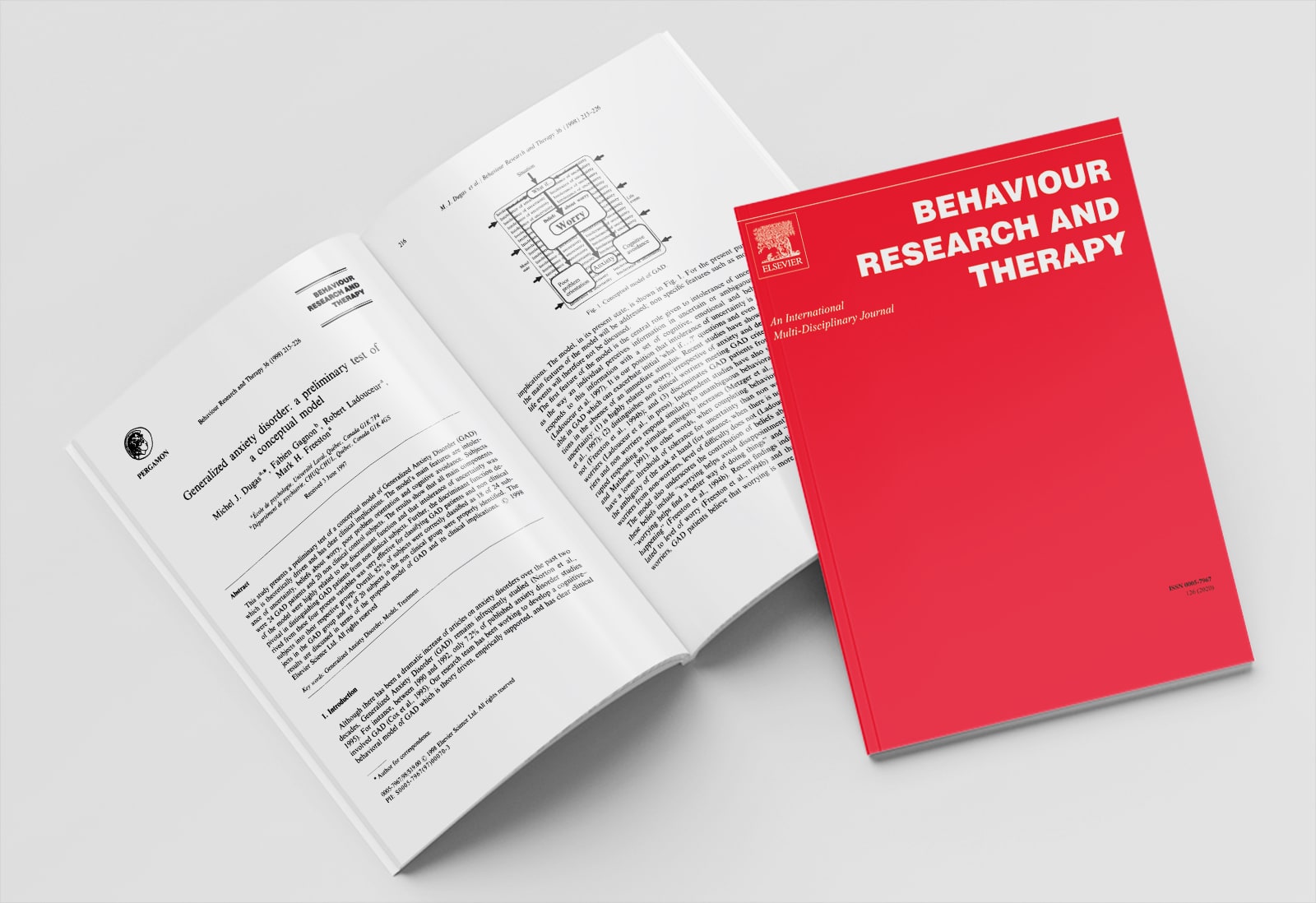 Collectively these interventions are often described as CBT-IU [21]. Wilkinson, Meares & Freeston [22] provide an excellent clinical guide to most of these elements. Across a number of RCTs CBT-IU has been demonstrated to be an effective treatment for GAD [23, 24, 25, 26, 27]. However, 20-30% of individuals with GAD fail to achieve remission and, in these patients, IU remains elevated. One inference is that these patients might be helped by targeting IU more directly.

A new conceptualization: The cognitive behavioral model of intolerance of uncertainty (2019)

The components of the cognitive behavioral model of intolerance of uncertainty include:

How could you use this to help your clients? Working clinically with intolerance of uncertainty

Along with their new model of intolerance of uncertainty, Herbert and Dugas (2019) propose a radically different treatment approach that is narrower-and-deeper than previous iterations of CBT-IU. They focus exclusively on behavioral experiments targeting beliefs about uncertainty.

“In the case of IU, individuals use planned behaviors to create a state of uncertainty in order to explore uncertainty-related beliefs.” [8]

On first inspection, some therapists might not consider this revolutionary. Haven’t we already been using exposure-to-uncertainty exercises? The point is that while other approaches may indirectly have an impact on client beliefs about uncertainty (reflected in lower IU scores after successful treatment for GAD), the beliefs are often not addressed directly – leaving them ‘wiggle room’ to stubbornly resist change. The advantage of behavioral experiments is that beliefs about the unacceptability of uncertainty are tested directly. And, when they become the entire focus of therapy, the reasonable supposition is that change in these beliefs is more likely to occur and more likely to be maintained.

Once an individual’s beliefs about uncertainty have been identified, clients are encouraged to design behavioral experiments to test their idiosyncratic beliefs. Therapist and client go through the typical steps of a behavioral experiment: rating the initial conviction in the belief, designing an experiment which (ideally) involves the dropping of safety behaviors, measuring the outcome, and reflecting upon the meaning of the result. Herbert and Dugas [8] describe an example of responding to the belief “I can’t stand not knowing – I need reassurance” with an experiment of comparing 3 days of responding ‘as usual’ to 3 days of refraining from reassurance-seeking. They promote relapse-prevention by reflecting on results, comparing old and new behaviors, planning for setbacks, and planning continuous behavioral experiments (such as adopting a new attitude of deliberately choosing uncertain paths for oneself). 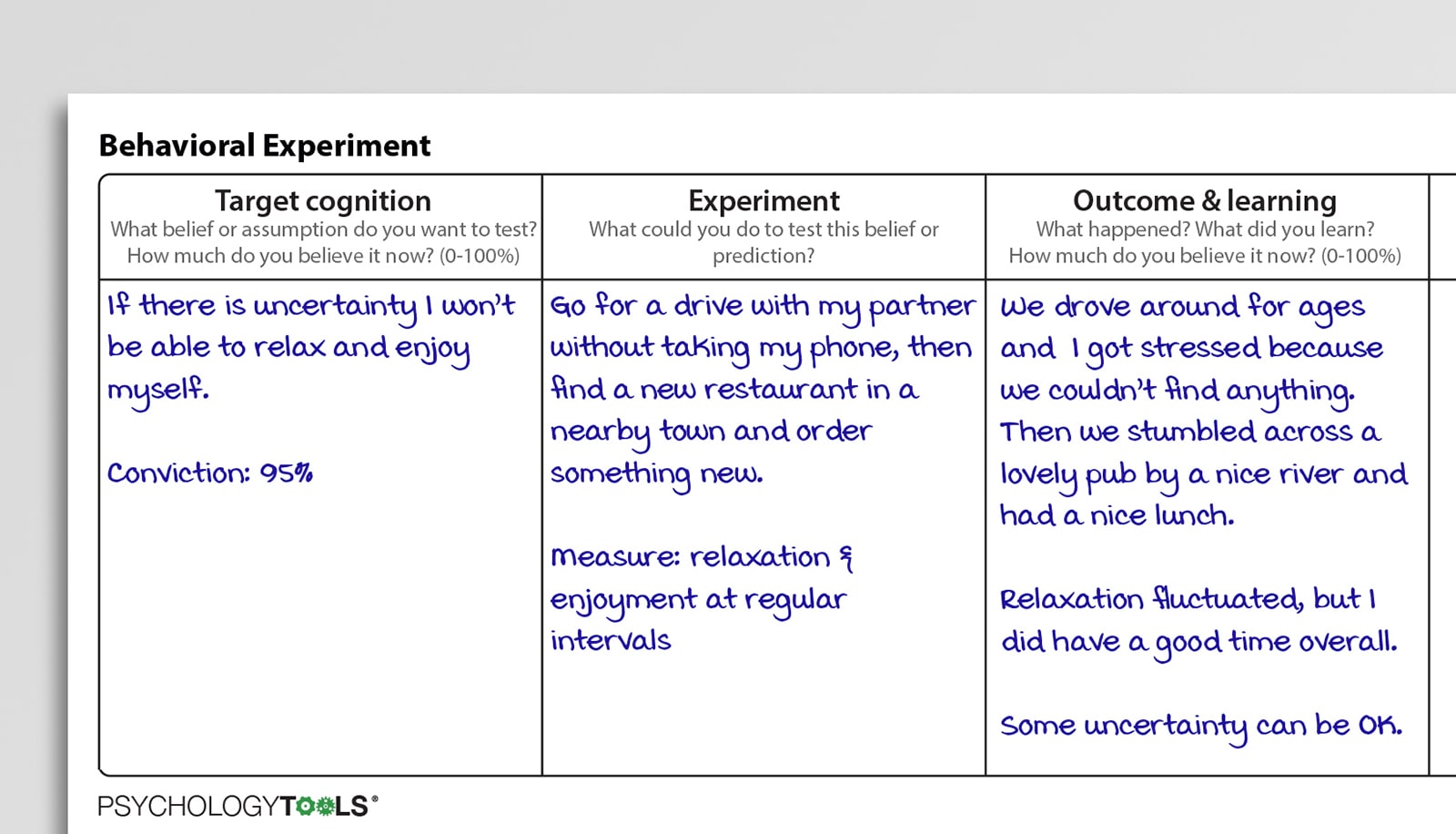 Figure: Behavioral experiments can be used to target beliefs about uncertainty.

The use of behavioral experiments targeting beliefs about uncertainty is a new approach, and it remains to be seen whether it will improve upon the effectiveness of current treatments for GAD. Encouragingly though, it is more than just a clinical hypothesis: Herbert & Dugas present preliminary evidence from a case series of seven participants with a primary diagnosis of GAD. Each received 12 individual sessions, delivered weekly by a licensed clinical psychologist. A majority of participants experienced clinically significant change across measures of GAD and IU, and that treatment gains were maintained at a 6-month follow up.

[8] Hebert, E. A., & Dugas, M. J. (2019). Behavioral experiments for intolerance of uncertainty: challenging the unknown in the treatment of generalized anxiety disorder. Cognitive and Behavioral Practice, 26(2), 421-436.

[10] Milne, S., Lomax, C., & Freeston, M. H. (2019). A review of the relationship between intolerance of uncertainty and threat appraisal in anxiety. the Cognitive Behaviour Therapist, 12

[14] Gentes, E. L., & Ruscio, A. M. (2011). A meta-analysis of the relation of intolerance of uncertainty to symptoms of generalized anxiety disorder, major depressive disorder, and obsessive–compulsive disorder. Clinical Psychology Review, 31(6), 923-933.