Skip to main content
> Resources > Eating And Your Energy Levels

Eating And Your Energy Levels

The Eating and Your Energy Levels handout provides an overview of the relationship between food intake and energy levels. It graphically illustrates how common patterns of eating observed among people with eating disorders can affect energy levels, and the consequences that this has. It also highlights the benefits of stabilizing energy levels through regular eating and regular intake of carbohydrates. 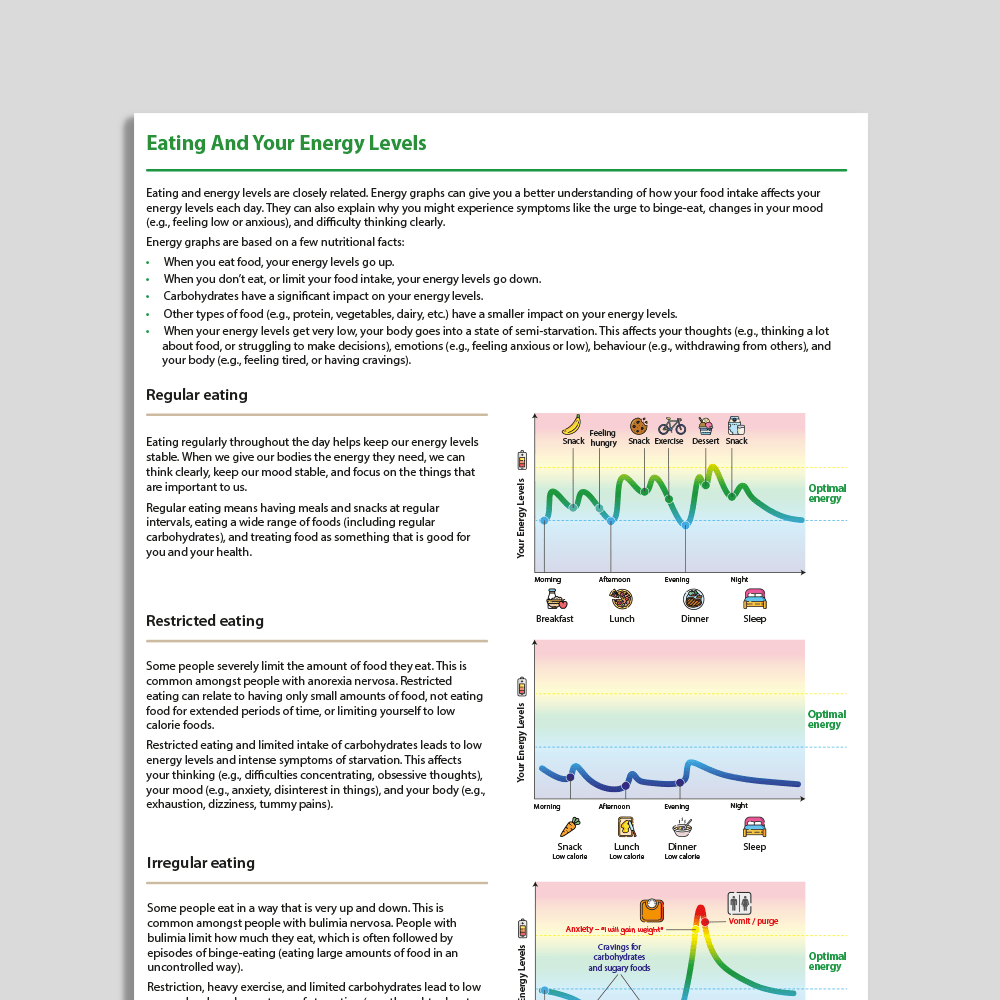 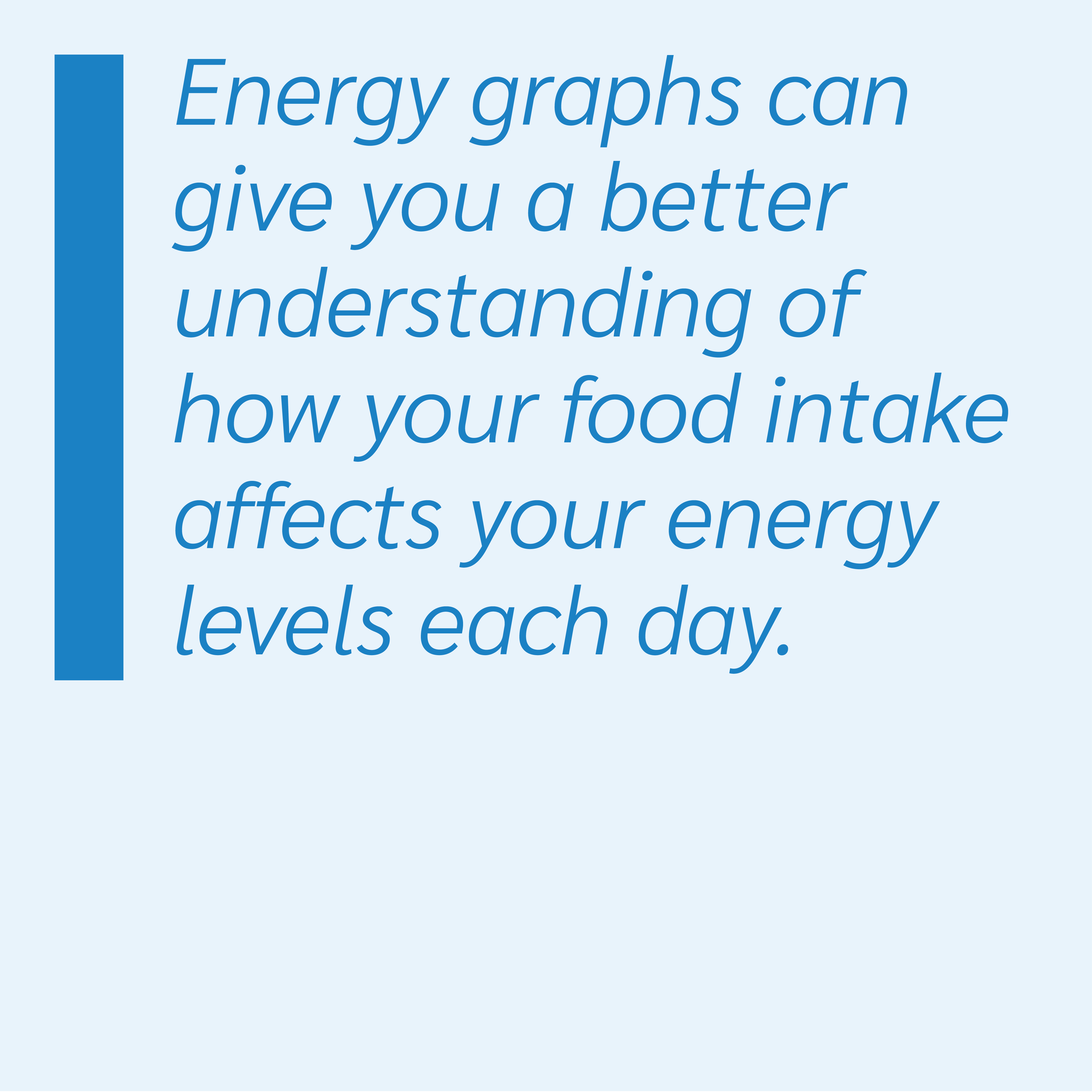 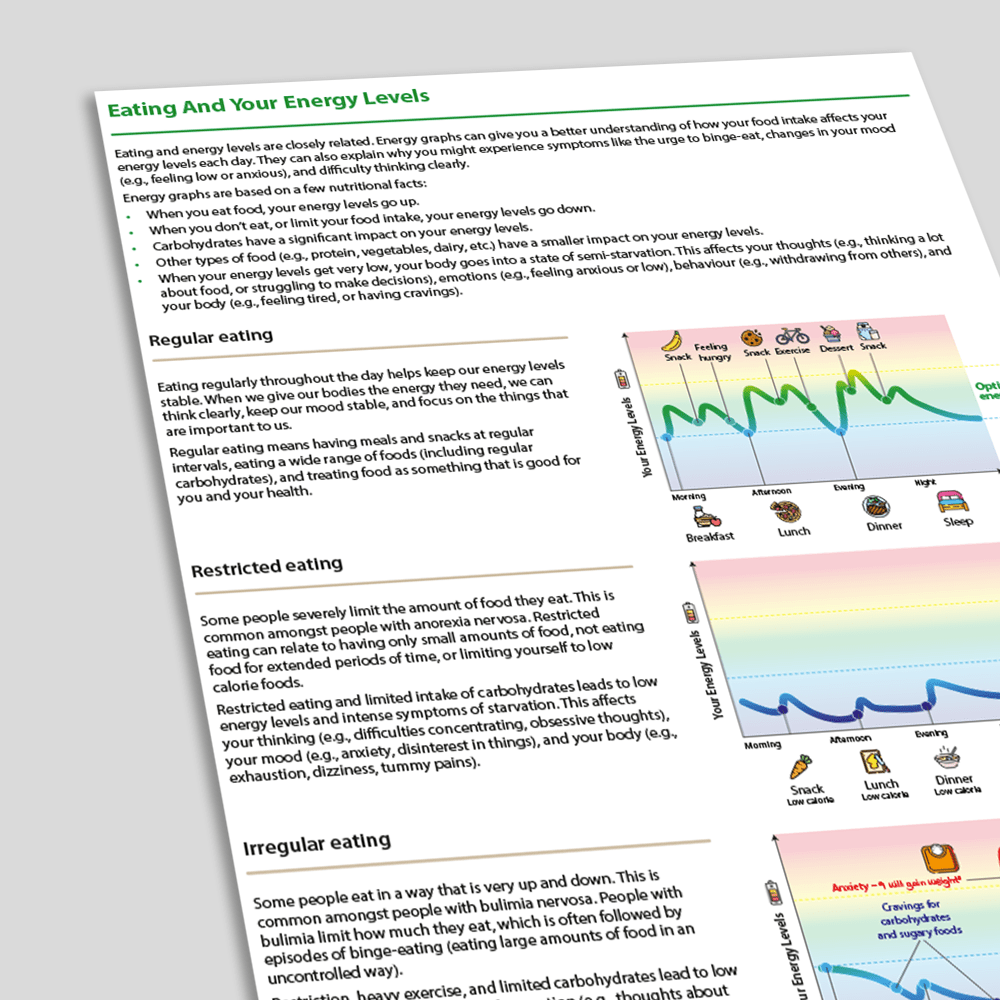 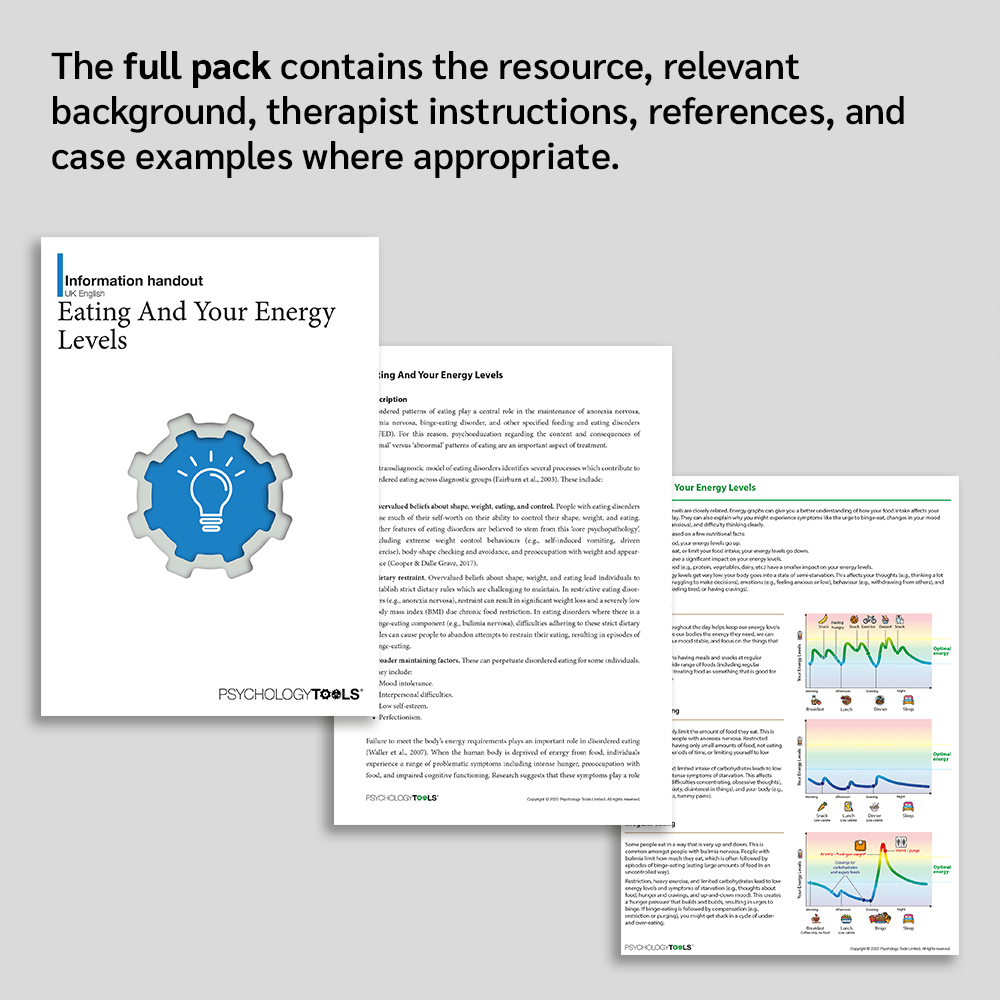 The transdiagnostic model of eating disorders identifies several processes which contribute to disordered eating across diagnostic groups (Fairburn et al., 2003). These include:

Failure to meet the body’s energy requirements plays an important role in disordered eating (Waller et al., 2007). When the human body is deprived of energy from food, individuals experience a range of problematic symptoms including intense hunger, preoccupation with food, and impaired cognitive functioning. Research suggests that these symptoms play a role in the development and maintenance of disordered eating (Keys et al., 1950).

Understanding the causes and consequences of low energy provides people with an explanation as to why they are experiencing certain difficulties related to their eating disorder, such as preoccupation with food and the urge to binge-eat. In addition, energy levels explain that people benefit from providing the body with a consistent supply of energy throughout the day (e.g., eating regular meals and snacks).

Before discussing energy graphs, it is helpful for clinicians to hold in mind key some of the key nutritional facts about food intake and energy levels:

Energy graphs draw attention to the benefits of regular eating. Eating regularly throughout the day (including a regular intake of carbohydrates) supplies the body with the energy it needs for optimal functioning. This in turn helps prevent symptoms of semi-starvation, increase control over food intake, and improve mood and concentration.

The way we eat has a big impact on our energy levels as we go through the day. This handout shows how different patterns of eating can affect people’s energy levels. Would you be willing to explore this with me?