Individuals with bipolar disorder experience significant fluctuations in their mood including manic or hypomanic episodes (‘highs’) and depressive episodes (‘lows’). The term ‘bipolar’ refers to the way that mood can change between the two extremes. Different types of bipolar disorder are diagnosed depending upon which combination of mood states are experienced. Psychological approaches have been demonstrated to complement purely medical management of bipolar disorder (lam et al, 1999; Otto et al, 2009). Read more
70 languages 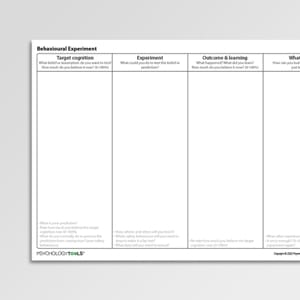 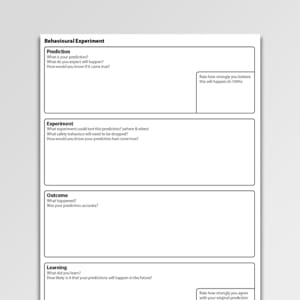 Behavioral experiments allow individuals to test the validity of their beliefs and assumptions. They are a core experiential technique for therapeutic ... https://www.psychologytools.com/resource/behavioral-experiment-portrait-format/ 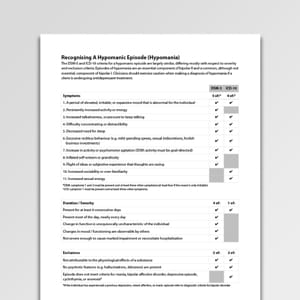 A hypomanic episode is characterized by a period of elevated, irritable, or expansive mood that is abnormal for the individual. The DSM-5 also require ... https://www.psychologytools.com/resource/recognizing-a-hypomanic-episode/ 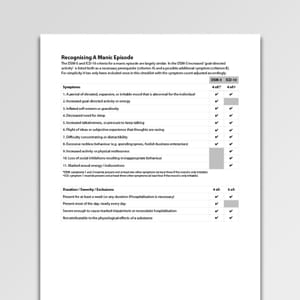 A manic episode is characterized by a period of elevated, irritable, or expansive mood that is abnormal for the individual.The DSM-5 also requires tha ... https://www.psychologytools.com/resource/recognizing-a-manic-episode/ 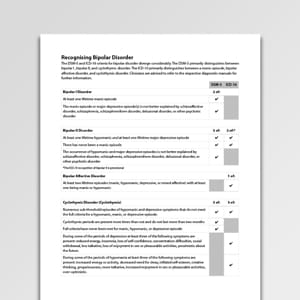 Bipolar disorder is characterized by distinct episodes of mania or hypomania, and episodes of depression. Recognizing Bipolar Disorder compares the D ... https://www.psychologytools.com/resource/recognizing-bipolar-disorder/ 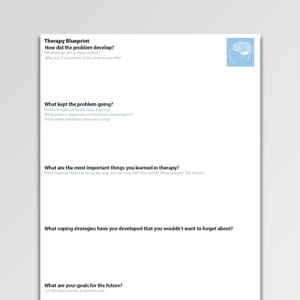 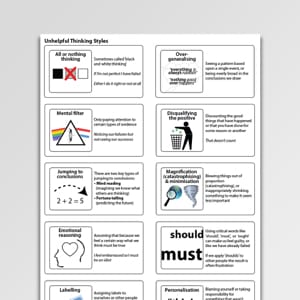 What Is Bipolar Disorder?

Signs and Symptoms of Bipolar Disorder

Diagnoses of bipolar and related disorders are made based on the presence of episodes of hypomania, mania, or depression. Summary diagnostic criteria are given below.

A manic episode is characterized by the experience of at least four of the following symptoms for a period of at least a week, and to a degree severe enough to cause a marked impairment in the individual’s functioning:

A hypomanic episode is characterized by the experience of at least five of the following symptoms for at least four consecutive days, and to a degree where there is an unequivocal change in functioning:

A depressive episode is characterized by the experience of at least five of the following symptoms for at least two weeks:

Bipolar disorder is best seen as a multifaceted condition with broad biological, social, and psychological components. Medical management is crucially important, but psychological interventions can also play a helpful role: particularly in the long-term management and prevention of relapse, building resilience, and improving quality of life. A 2014 review concluded that “The evidence demonstrates that bipolar disorder-specific psychotherapies, when added to medication for the treatment of bipolar disorder, consistently show advantages over medication alone on measures of symptom burden and risk of relapse … those who receive bipolar disorder-specific psychotherapy fare better than those who do not”(Swartz & Swanson, 2014). Interventions that have been researched include:

Resources for Working with Bipolar Disorder

Psychology Tools resources available for working therapeutically with bipolar disorder may include: