Multiple definitions of perfectionism have been offered including: Motivated by the hope that it could lead to the development of effective intervention Shafran, Cooper, and Fairburn (2002) offered their own description of clinical perfectionism as “The overdependence of self-evaluation on the determined pursuit of personally demanding self-imposed standards in at least one highly salient domain despite adverse consequences.” Shafran, Coughtrey, and Kothari (2011) argue that perfectionism can be problematic because: Read more
67 languages 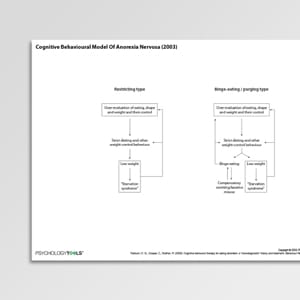 Anorexia nervosa is an eating disorder characterized by restriction of energy intake and intense fear of gaining weight. For women, the lifetime preva ... https://www.psychologytools.com/resource/cognitive-behavioral-model-of-anorexia-nervosa-fairburn-cooper-shafran-2003/ 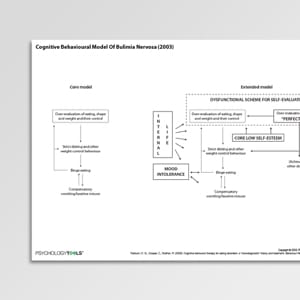 Bulimia nervosa is an eating disorder characterized by binge eating followed by purging. Among young women, the point prevalence of bulimia is about 1 ... https://www.psychologytools.com/resource/cognitive-behavioral-model-of-bulimia-nervosa-fairburn-cooper-shafran-2003/ 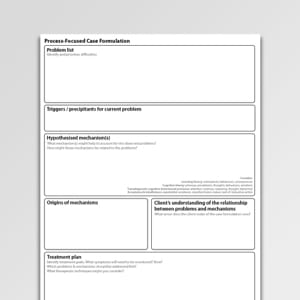 The Process-Focused Case Formulation encourages clinicians to make hypotheses regarding mechanisms or processes which they believe may be maintainin ... https://www.psychologytools.com/resource/process-focused-case-formulation/ 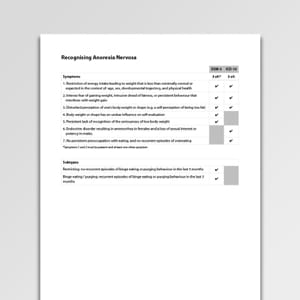 Anorexia nervosa is characterized the restriction of energy intake, leading to a severely low weight in the context of an individual’s age, sex, and ... https://www.psychologytools.com/resource/recognizing-anorexia-nervosa/ 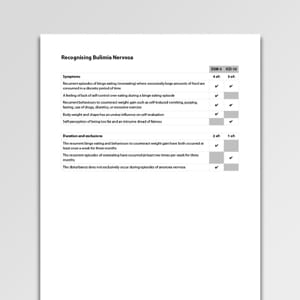 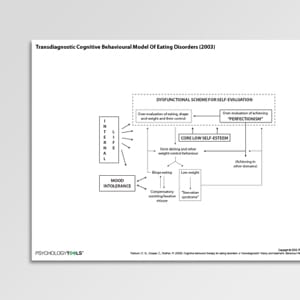 Perfectionism is thought to contribute to be associated with or elevated in:

Some helpful questions for assessing perfectionism:

Shafran, Egan, and Wade (2010) published a cognitive behavioral model of perfectionism in which an individual’s self-worth is overly dependent on striving and achievement. They propose that this is maintained by both (1) revision of standards as insufficiently demanding when they are met, and (2) counterproductive behaviors and self-criticism when they are not met. There have been a number of small published studies that have examined the effectiveness of cognitive behavioral therapy for the treatment of perfectionism, which show promisingly large effect sizes (e.g., Riley, Lee, Cooper, Fairburn, & Shafran, 2007; Steele & Wade, 2008).